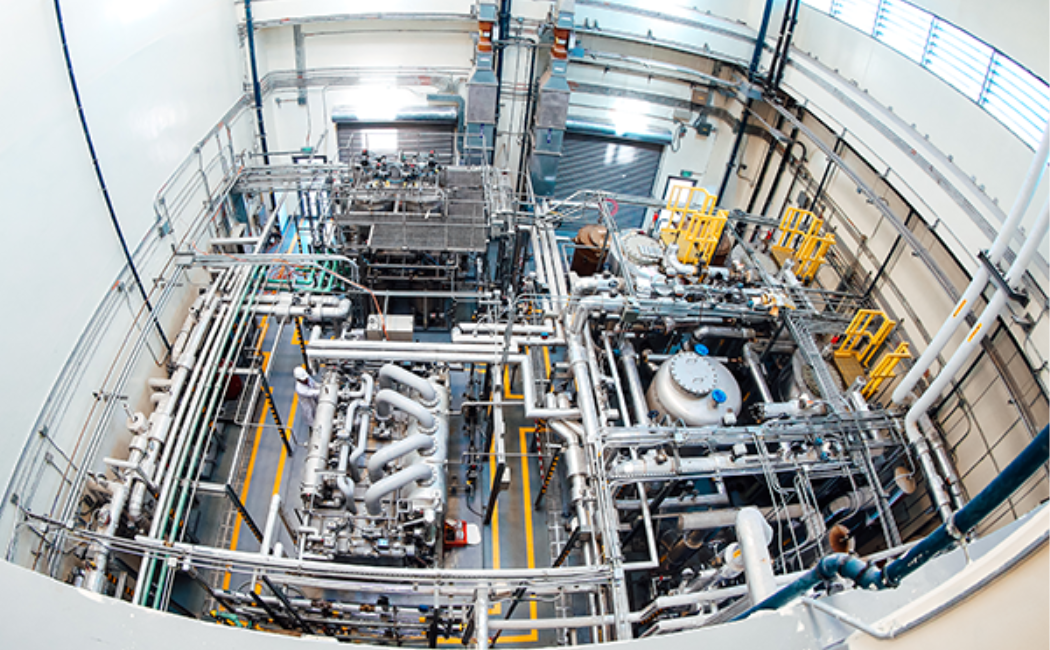 ​The adsorption desalination (AD) pilot-scale research facility is located in Building 7. This is a solar-powered and fully automated desalination pilot plant facility (generating 8-12 m3/day of desalinated water) that has been in operation since 2011. The AD system uses a low-temperature heat source, such as solar-thermal energy or available waste-heat. It uses a porous silica gel adsorbent, which has a high affinity for water vapor uptake. The AD system achieves desalination by evaporation of seawater at low temperatures (<7oC), which avoids high-temperature related scaling. Also, it produces cool air that can be used in air conditioning or process cooling. The AD system is currently being integrated with a conventional multi-effect distillation (MED) pilot plant in B7. The facility occupies the southern high bay area number 0117 on Level 0 in Building 7, an area of 200 m2