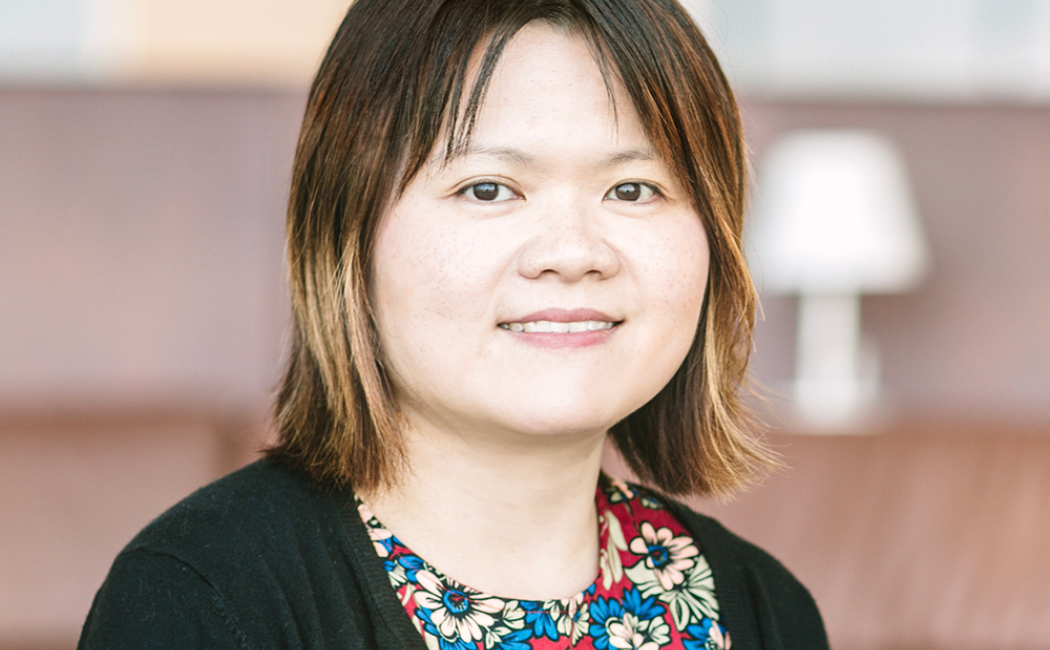 Conventional wastewater disinfection using chlorine could facilitate the spread of antimicrobial resistance in bacteria1. Treating some types of wastewater with ultraviolet (UV) light instead could be part of the solution2, according to a study at KAUST’s  Water Desalination and Reuse Center, published in the journal Environmental Science & Technology.
Bacteria are rapidly developing mechanisms to evade the effects of antimicrobial drugs, and this resistance is increasingly threatening public health. Pharmaceutical compounds and resistant bacteria that reach municipal and agricultural wastewater are partially to blame. Interestingly, antimicrobial resistance is found to be even higher in bacteria downstream from treatment plants than it is in raw wastewater entering the plants.
During wastewater disinfection, genetic material breaks out of bacteria into the surrounding water. This extracellular DNA can contain antimicrobial resistance genes. “The big question is: are these extracellular resistance genes of concern to public health?” says KAUST postdoctoral fellow, David Mantilla-Calderon. “We don’t have an answer to this question yet, but the first prerequisite these genes must fulfill to be of concern is that they need to be harbored within a viable bacterial cell. This is only possible through a process called natural transformation, which allows extracellular DNA uptake and integration into the bacterial chromosome.”
Mantilla-Calderon and colleagues at KAUST found1 that natural transformation was stimulated in a bacterium commonly found in water and soil, called Acinetobacter baylyi, when it was in the presence of the chlorine byproduct, bromoacetic acid. The disinfection byproduct caused DNA damage in the bacterium, inducing a DNA repair pathway that is known to also increase the integration of foreign DNA in the bacteria genome.
Ph.D. student Nicolas Augsburger next investigated2 the effects of sunlight and UV light on natural transformation. “We wanted to see if there was a safer way to disinfect treated wastewater without provoking an increase in natural transformation in environmental bacteria,” he explains.
Interestingly, Augsburger and his colleagues found that, similar to bromoacetic acid, sunlight also increased natural transformation in Acinetobacter baylyi by triggering a DNA repair pathway. 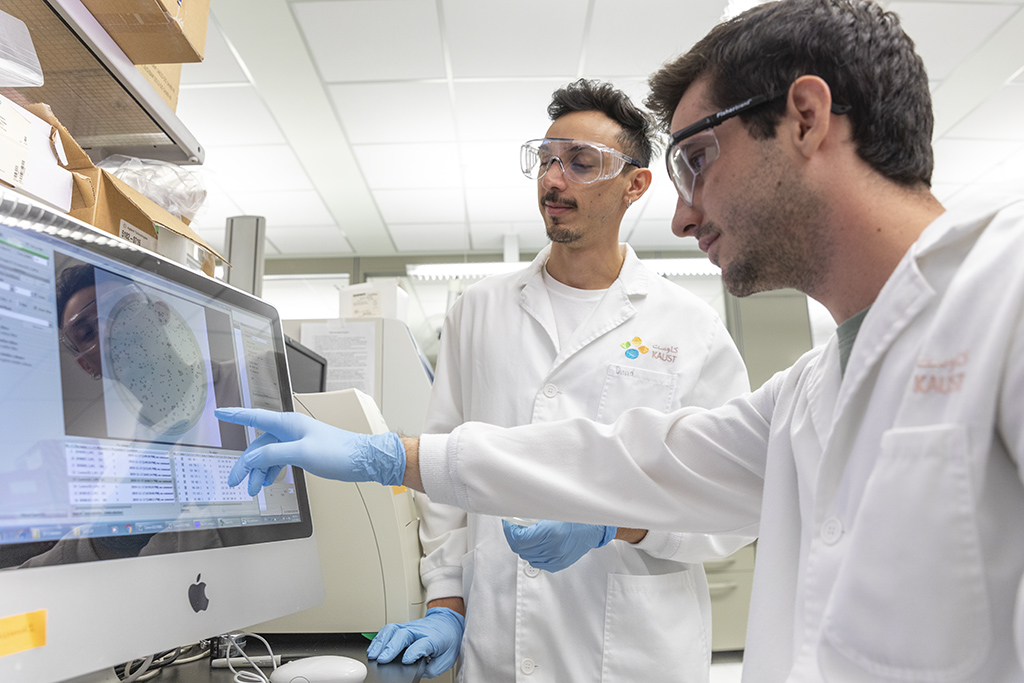 David Mantilla-Calderon (left) and Nicholas Augsburger discuss the results of their UV treatment of the natural transformation they stimulated in a common bacterium when it was in the presence of the chlorine byproduct, bromoacetic acid, casting doubt on commonly used wastewater treatment.

Surprisingly, even though UV light also increased the uptake of extracellular DNA into the bacteria genome, the genes had been damaged to the extent that they were no longer functional, unlike the effect of sunlight and bromoacetic acid.
“Sunlight increased foreign DNA integration up to two-fold,” says Augsburger. “The saving grace was that even though UV light also increases foreign DNA integration, just like disinfection byproducts and sunlight, it simultaneously damages extracellular DNA in wastewater to the point that even if it is taken up by bacteria, it will not be able to express those genes.”
“Our studies question our current reliance on the use of chlorine as the final disinfection step in most wastewater treatment plants,” says microbiologist Peiying Hong, who supervised the studies. “A disinfection strategy using UV light could be considered for disinfecting low turbidity water. This could help in minimizing wastewater contribution to antimicrobial resistance.”
Hong’s lab is now investigating how various stressors might interact to affect uptake and integration rates of extracellular DNA into bacteria.