Here's one way to protect Earth's groundwater:guard it from space 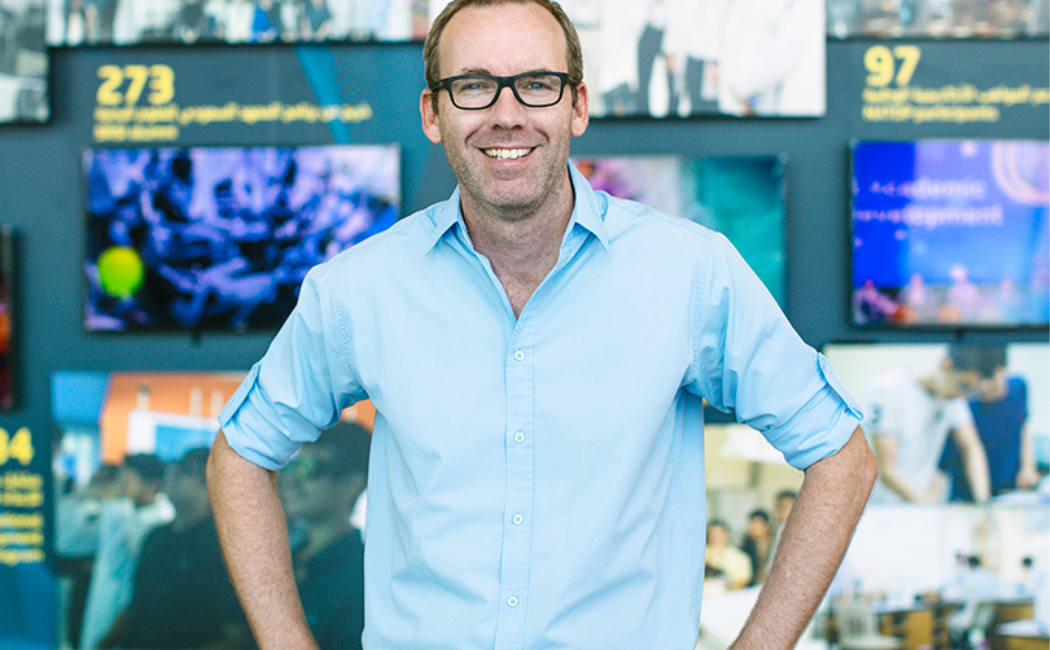 Here's one way to protect Earth's groundwater:guard it from space

Here’s one way to protect Earth’s groundwater: guard it from space 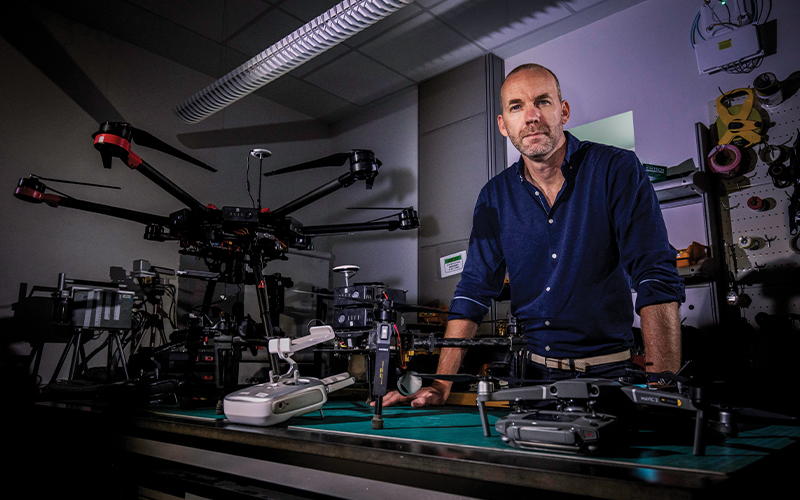 “Water in agriculture is treated like a Black Amex for which you don’t have to pay the bill. And this is a real problem”—KAUST's Matthew McCabe. (COURTESY OF KAUST)

Matthew McCabe is circled by drones: fixed-wing aircraft, which can fly over long distances, and rotary UAVs with multispectral cameras that capture what is invisible to the naked eye. Talking from his lab, the Australian professor picks up one of the more beaten-up flying machines with a wistful look in his eye. It’s a drone his team built in-house in 2013 to aid their research into crops and water usage.

“It was a little bit dangerous to put a $70,000 camera on it,” recalls McCabe. “It has been retired gracefully.”
The remote sensing expert, who works at Saudi Arabia’s King Abdullah University of Science and Technology (KAUST), has a bold mission: to help avert a world water crisis through metering the H2O used in agriculture. And he wants to do it all from space.

In many parts of the world, consumption of fresh water in homes is metered and billed accordingly. In agriculture, by far the world’s biggest user of water, that doesn’t happen. Most farmers simply pump up groundwater and use it at will; often, the only expense is the fuel required to get it to the surface.
Given depleting groundwater, and wider concerns over food security, that’s a problem. Saudi Arabia’s ground reserves, for example, contain water dating back to the last Ice Age, and are being used far faster than they are being replenished. For this reason, McCabe believes water usage in agriculture should be treated something like a bank account.
“We don’t have a firm understanding of what’s in the bank—how much groundwater there is—or what we’re spending each week. So we don’t know if we’re living beyond our means,” says McCabe, who has been at KAUST for eight years.

“It’s not a bank; it’s a blank check, or a Black Amex that you don’t have to pay your monthly bill on. And this is a real problem, because we have these food basins around the world that rely on groundwater.”
That’s where the drones come in handy. In his work as part of the Hydrology and Land Observation (Halo) lab at KAUST, McCabe’s research involves mapping agricultural areas to determine the type of crops being grown, their health, and—crucially—water usage.

To get the lay of the land, McCabe’s team has access to a variety of imaging equipment—primarily drones and satellites. Home-built drones are no longer necessary, thanks to advances in commercially available technology. Those $70,000 cameras are (relatively) safe.
One drone is kitted out with thermal cameras and sensors that can monitor, for example, the chlorophyll content and the water stress of a plant. The department also receives imagery from CubeSats—shoebox-sized satellites—made by US Earth-imaging company Planet. This allows McCabe’s team to analyze agricultural land at a three-meter pixel resolution on a daily basis.
Getting images of agricultural landscapes is just the starting point of the Halo lab’s work. Crunching the data and interpreting the images is where the real expertise lies. That involves using machine-learning and AI to delineate specific agricultural fields. The resulting data—measured in the terabytes and petabytes—contributed to a 2019 paper that described a field’s crop-water-usage from space, in what was the highest-resolution such analysis to date.
What is surprising is how little of this information is already held by governments. In many countries, the actual number of agricultural fields is unknown, as is the amount of water they use.
“Water is not seen as a valuable commodity,” says McCabe. “If it was oil it would be very different; a great deal of effort has been put into geophysics for oil exploration… The problem is, there’s no alternative to water. There are alternatives to oil, but not water.”
Early on in the research, McCabe’s team estimated, for the first time, the amount of water used to grow food annually in Saudi Arabia: 24 billion cubic meters. To put that in perspective, it is more than ten times what the country produces through costly desalination. The team’s mapping efforts are also currently focused on Saudi Arabia.
“We had to go and map the fields, know what they were growing, and then run our models to predict water use,” says McCabe. “Now we have a water-accounting framework that didn’t exist before, and no country really has at the resolution we provide.”
The vision for the methods is much broader, however. Just as the KAUST team works with the Saudi government to provide metrics on farming and water use, McCabe sees a future in which this is mapped globally, to help ensure food security.
If a price was put on water in agriculture, and its usage monitored from space using the techniques developed at KAUST, it would give a boost to water conservation, says McCabe.
“It’s metering from space,” he says. “[Imagine clicking] on a field anywhere in the world and saying ‘this is the crop that they’re growing, and this is stage it is at—when it was planted—and this is when it will be harvested, this is how much water it used, this is the nutrient deficit in that part of the field.’ So it really is to provide a precision agriculture system for everywhere.”
Food security is not a problem confined by borders. Saudi Arabia imports about 90 percent of all its food. Such nations, therefore, need to know where groundwater supplies are at risk internationally, because it could threaten their ability to import food.

“A food-security platform not only has to know what’s happening in your part of the world, but all of the other parts of the world where you’re getting the food from,” says McCabe. “You can’t manage what you do not measure. That’s my catchphrase.”