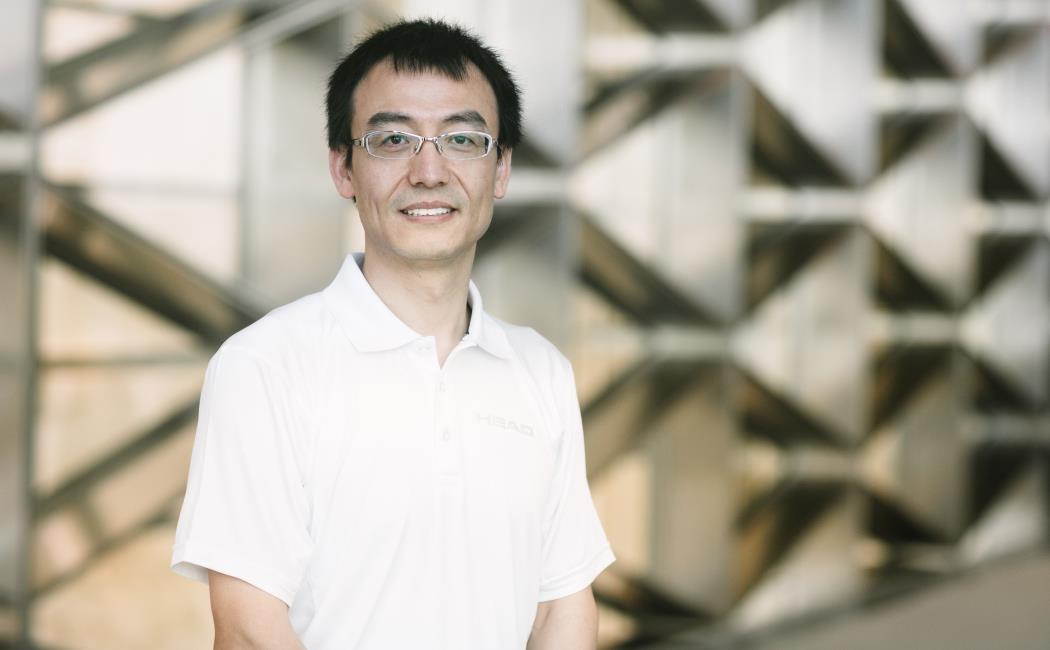 Polymers that absorb water from the atmosphere can make it easier to run photovoltaic devices in hot climates.

KAUST researchers have produced a proof-of-concept device that aims to use captured water vapor to cool solar cells, increasing their efficiency.

A cooling system developed at KAUST has improved the efficiency of a prototype solar panel up to 20 percent and requires no external energy source to operate.

Commercial silicon photovoltaic panels are only able to transform a small portion of absorbed sunlight into electricity, while the remainder of the radiation becomes heat. Because solar panels are less efficient for every degree rise in temperature, the problem of heat dissipation becomes more acute in hot environments, such as the Arabian desert.
Unfortunately, efforts to cool solar panels with conventional techniques, including refrigeration or air conditioning, tend to consume more energy than can be gained back through efficiency boosts. Now, a team led by Peng Wang from KAUST's Water Desalination and Reuse Center has produced a proof-of-concept device that aims to solve this conundrum by tapping into the natural properties of the Earth’s climate.
Previously, the KAUST researchers developed a polymer containing calcium chloride, a powerful desiccant. When exposed to humid air, this material gradually expands as the calcium salts pull water into the gel, eventually doubling its initial weight. By incorporating heat-absorbing carbon nanotubes into the polymer framework, the team found they could reverse this cycle and trigger release of water with solar energy.
Renyuan Li, who was a Ph.D. student and is now a postdoctoral researcher in Wang’s group, notes that one of the intriguing properties of the gel was its ability to self-adhere to numerous surfaces—including the underside of solar panels. After controlled experiments with artificial sunlight revealed that a fully filled gel could free enough water to reduce panel temperatures by 10 degrees Celsius, the team decided to build a prototype for outdoor tests at KAUST. 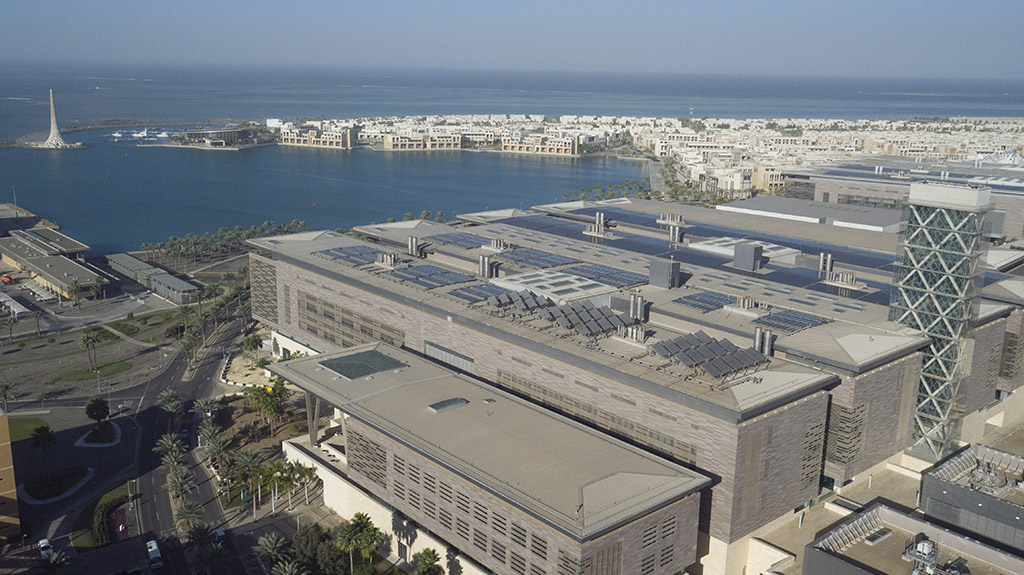 Aerial view of KAUST campus showing solar cells on top of some of the buildings.

During both summer and winter seasons, the researchers watched as the gel absorbed water from the muggy overnight air and then released the liquid as the daytime temperatures ramped up. Surprisingly, the solar panels showed an increase in efficiency even greater than that of the indoor experiments, a jump the researchers theorize may be due to improved heat and mass transfer outdoors, for example.

“This work shows the benefits of using atmospheric water generation to help fight climate change,” says Li. “We believe this cooling technology can fulfill the requirements of many applications because water vapor is everywhere and this cooling technology is easy to adapt to different scales. The technology could be made as small as several millimeters for electronic devices, hundreds of square meters for a building, or even larger for passive cooling of power plants.”