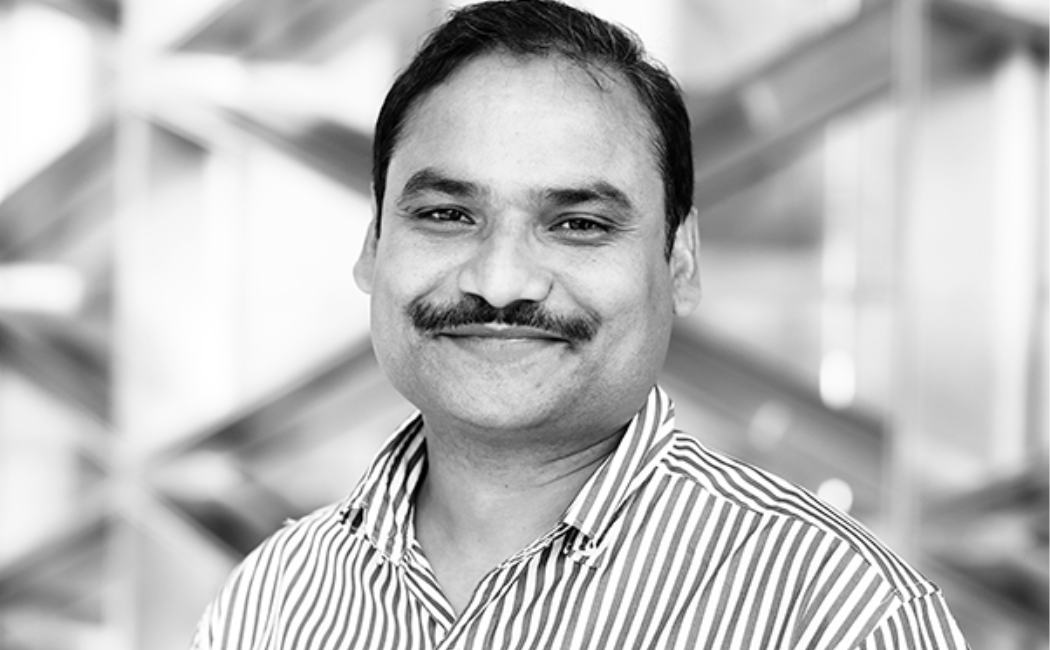 Changing the surface chemistry of electrodes leads to the preferential growth of a novel electroactive bacterium that could support improved energy-neutral wastewater treatment.

To grow, electroactive bacteria break down organic compounds by transferring electrons to solid-state substrates outside their cells. Scientists have utilized this process to drive devices, such as microbial electrochemical systems, where the bacteria grow as a film on an electrode, breaking down the organic compounds in wastewater and transferring the resultant electrons to the electrode.
Scientists are now looking for ways to improve this process so it produces hydrogen gas at a negatively charged cathode electrode, which can then be converted to electricity to power wastewater treatment plants. This needs electroactive bacteria that efficiently transfer electrons to a positively charged anode electrode that do not use hydrogen for their growth.
Krishna Katuri, a research scientist in the lab of Pascal Saikaly, and colleagues have now found a novel electroactive bacterium, called Desulfuromonas acetexigens, that preferentially grows when the surface chemistry of the anode is changed in a specific way. The bacterium produces a higher current density than the most important current-producing bacterium, Geobacter sulfurreducens, and in a shorter time.

“We consider this a breakthrough discovery in the field,” says Katuri.
In tweaking the surface chemistry, the researchers modified graphite electrodes to produce amino, carboxyl and hydroxide groups on their surface. When sludge and acetate, an organic compound used as feed, were placed in a glass chamber together with the electrode, bacteria quickly grew on the electrode’s surface. Analyses revealed that D. acetexigens preferentially grew quickly on the modified electrodes, while G. sulfurreducens grew on conventionally used unmodified electrodes tested as controls.
Further analyses showed that D. acetexigens generated a current density of around 9 amperes per square meter within 20 hours of the process starting, compared with only 5 amperes per square meter in 72 hours by G. sulfurreducens.
Also, D. acetexigens does not use hydrogen as feed. This means that a microbial electrochemical reactor treating wastewater could combine the electrons and protons produced by this bacterium to generate hydrogen gas at the cathode.
“We next plan to study how D. acetexigens transfer electrons and to learn how to maximize their activity at the anode,” says Saikaly. “We’re also fabricating a pilot-scale microbial electrolysis cell reactor to treat domestic wastewater with this bacterium while recovering hydrogen gas as energy. Solar panels will be integrated into the pilot reactor with the aim of using solar and hydrogen energy to achieve energy-neutral or even possibly energy-positive wastewater treatment.”