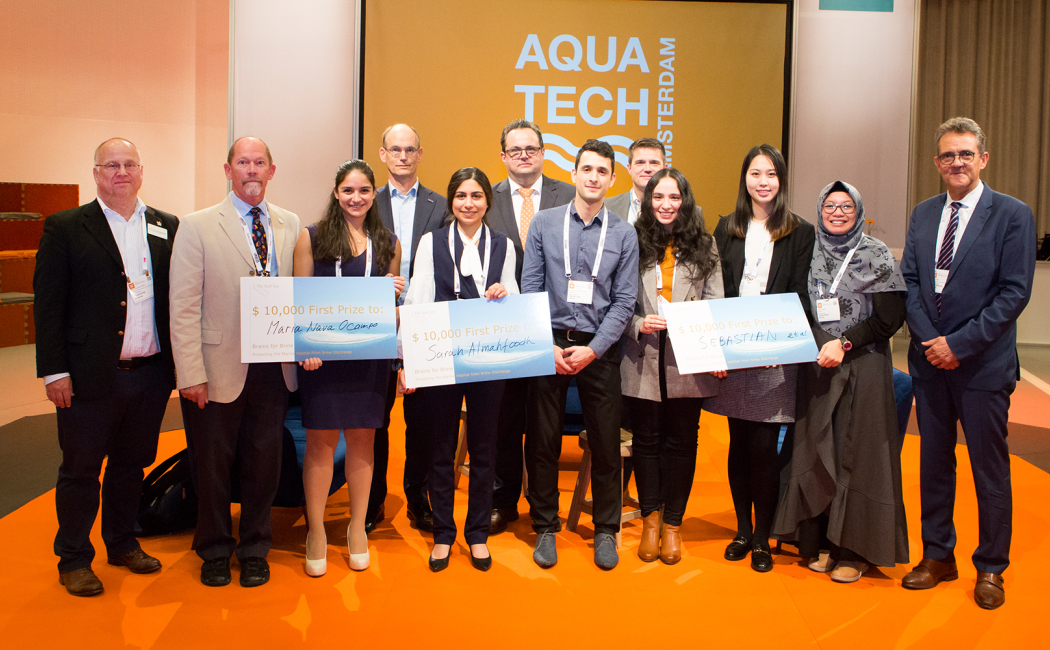 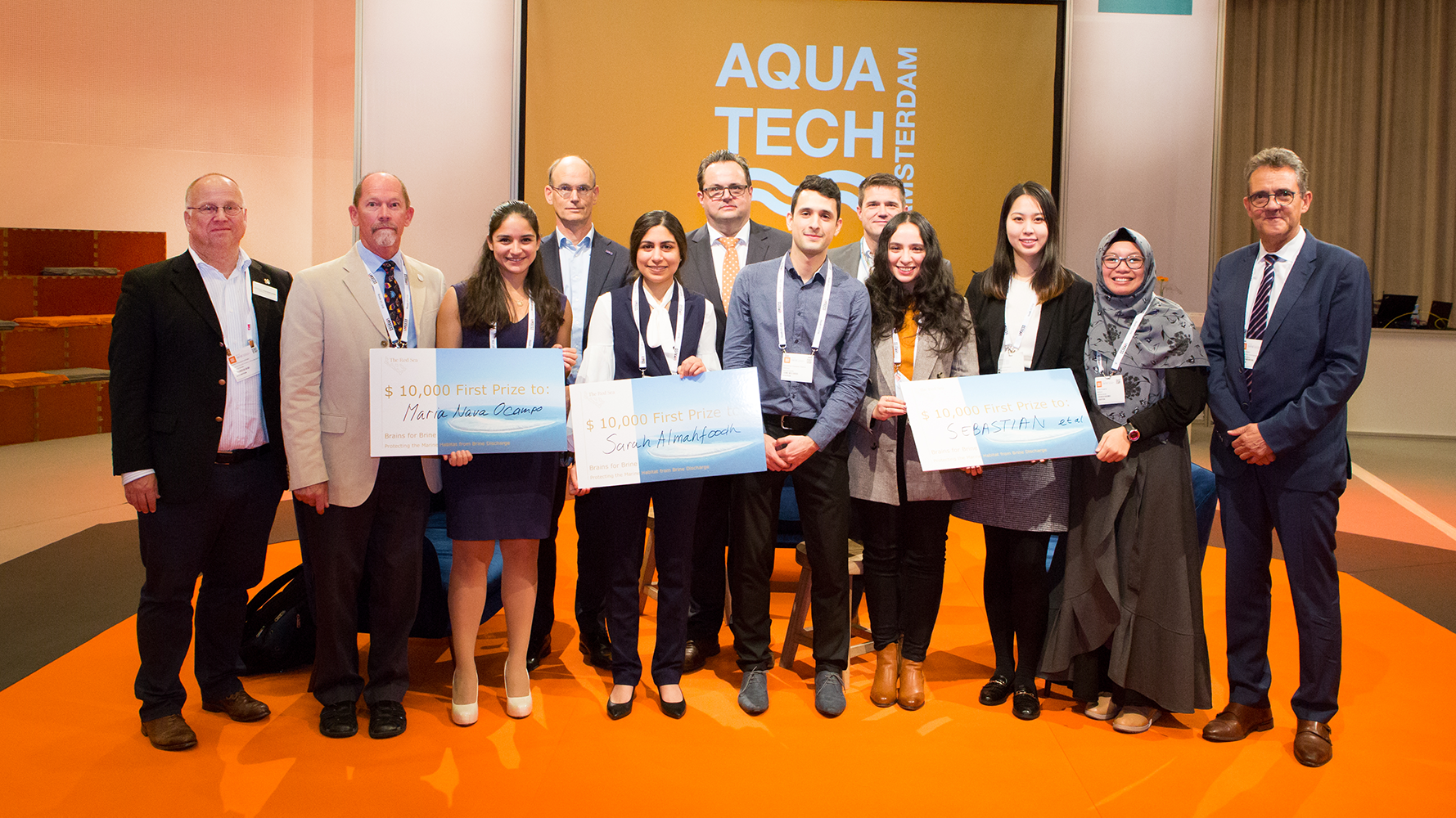 The Red Sea Development Company (TRSDC) and King Abdullah University of Science and Technology (KAUST) announced three winners of their international Brains for Brine Challenge on Tuesday 5th November during a special event at Aquatech 2019 in Amsterdam.

Launched in April 2019, the competition challenged academics, scientists, engineers, and the water industry to propose new solutions to manage the sustainable disposal of brine, a waste product of water desalination. 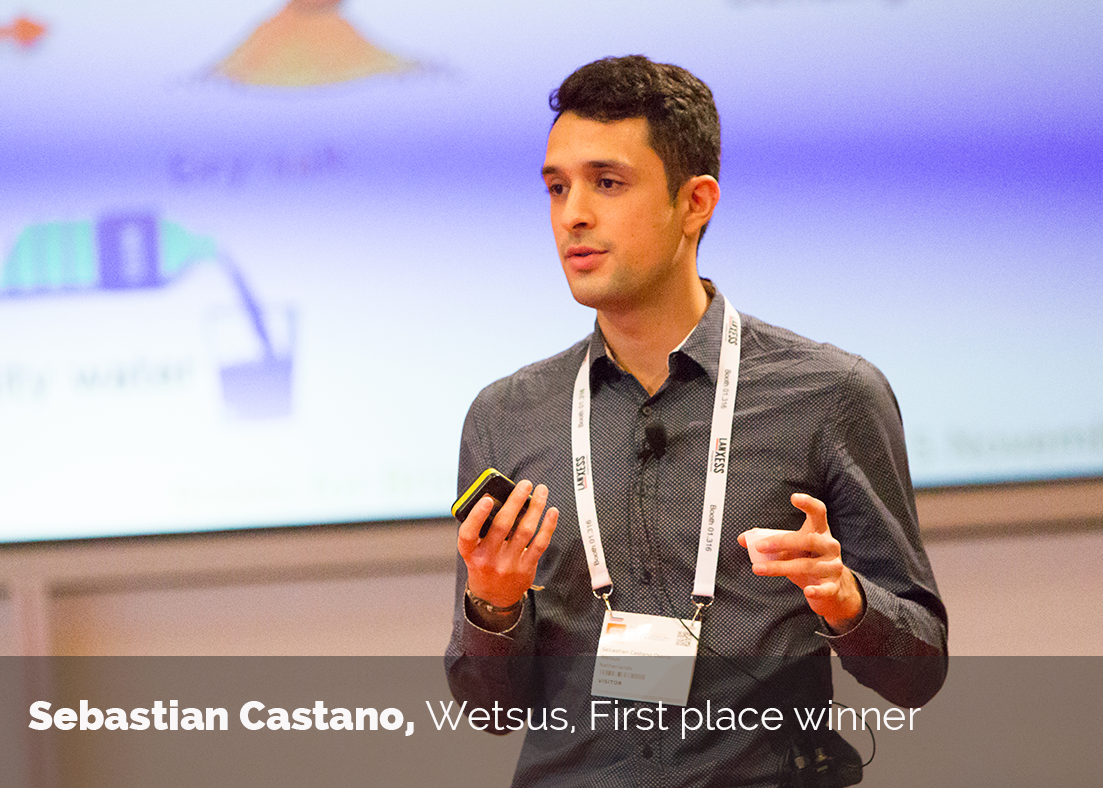 Indah Puspita (Indonesia), and Nouran Bahgat (Egypt) from the Wetsus Academy in the Netherlands, who proposed a circular solution for brine, using technology to create a new, eco-friendly building material.

Second place winners included 'Red to Dead - Brine saves the Dead Sea' by Sarah Almahfoodh (Saudi Arabia) and Professor Noreddine Ghaffour from KAUST, who proposed transporting brine from the Red Sea to the Dead Sea and  'Valorisation of brine using pellet-softening as pre-treatment' by Maria Nava Ocampo (Mexico) from KAUST, who advocated breaking down brine into its constituent components for reuse in other industries. 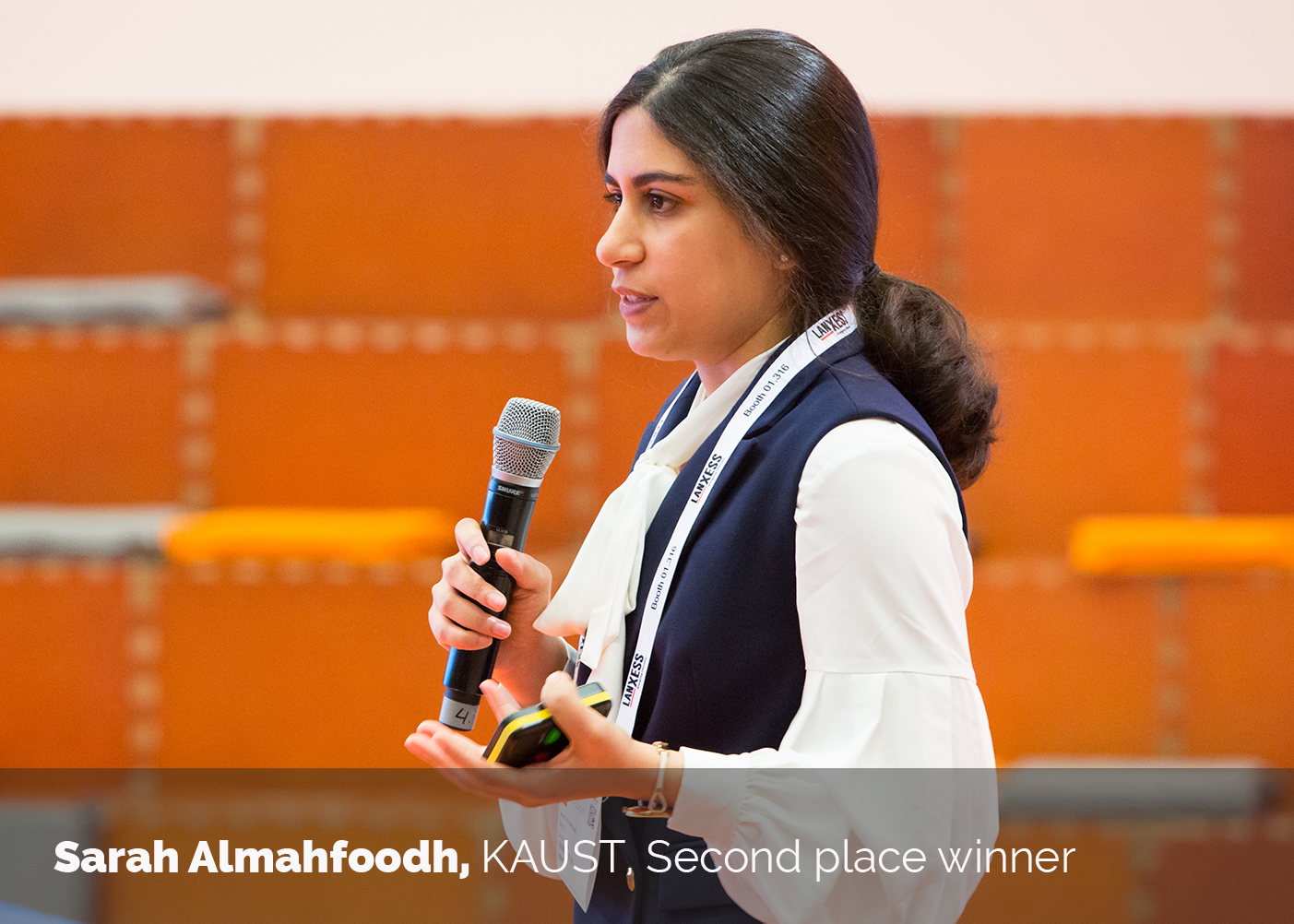 have enormous implications for Saudi Arabia and for the broader Gulf region," said John Pagano, CEO of TRSDC. "The Red Sea Development Company is proud to be working with visionary thinkers who share our commitment to environmental sustainability and to creating new solutions for long-standing challenges."

"Solving the issues associated with brine disposal is a significant challenge", said Prof. Hans Vrouwenvelder, Director of the KAUST Water Desalination and Reuse Center. "The jury was impressed with the high standard of entries we received. All of the winners have demonstrated truly innovative ideas that have the potential to make a meaningful difference."

Over 125 ideas were submitted from across the globe as part of the challenge. After a comprehensive selection process, 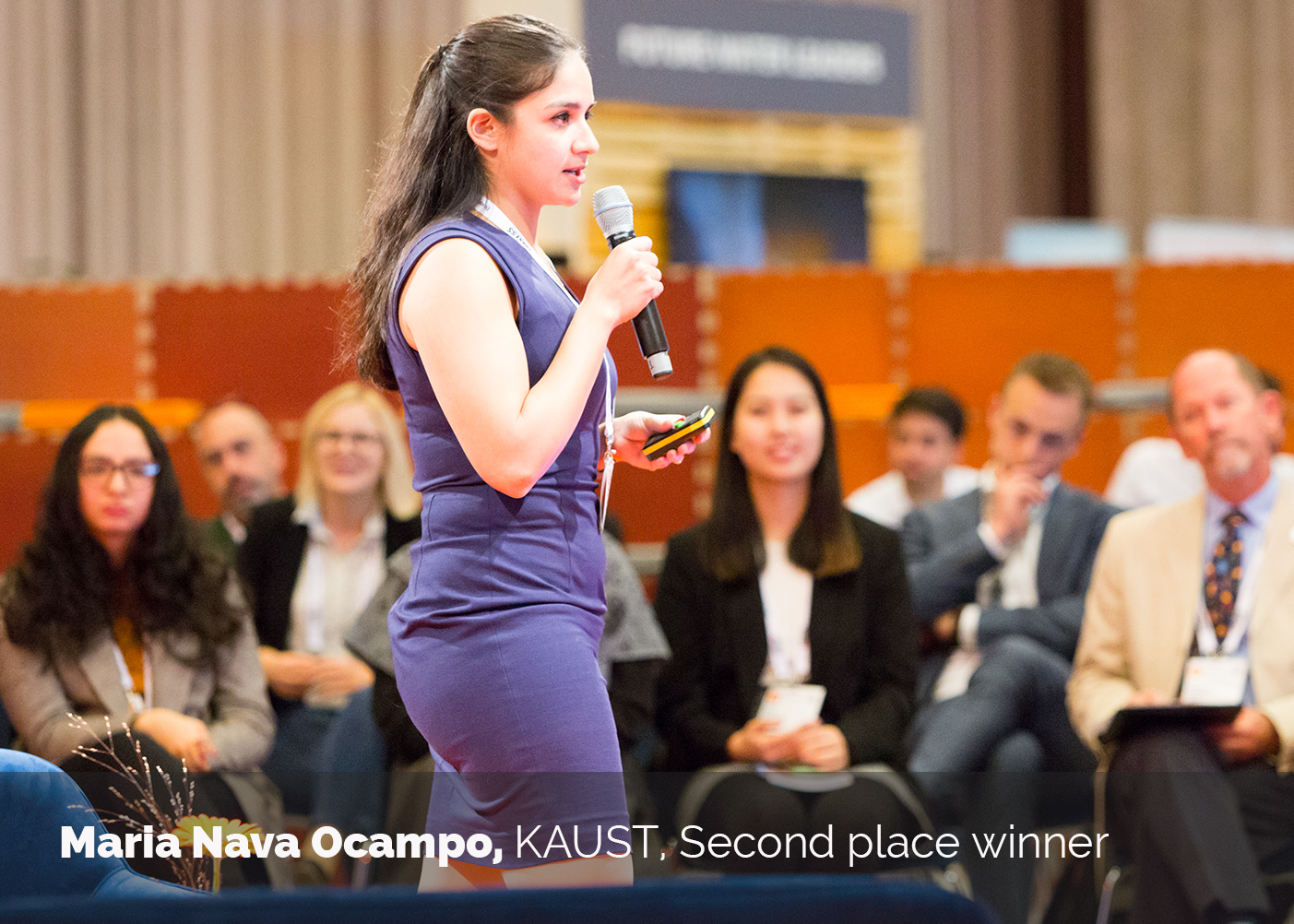 five nominees were selected to present their ideas at the Aquatech 2019 event. A panel of industry and subject specialists then announced the three winning submissions, each receiving a $10,000 prize. In addition, the three front-runners are now eligible for additional support through potential piloting of their ideas in partnership with The Red Sea Development Company and other mentoring opportunities.

"The global response to the Brains for Brine Challenge has been overwhelming, but the work is just beginning," said John Pagano. "We look forward to collaborating with the winners to identify potential ways in which they might bring their ideas to reality."

TRSDC is developing Saudi Arabia's flagship international tourism destination and is setting new standards in sustainable development. Its sustainability targets include a 100 percent reliance on renewable energy, a total ban on single-use plastics, and complete carbon neutrality in the destination's operations. 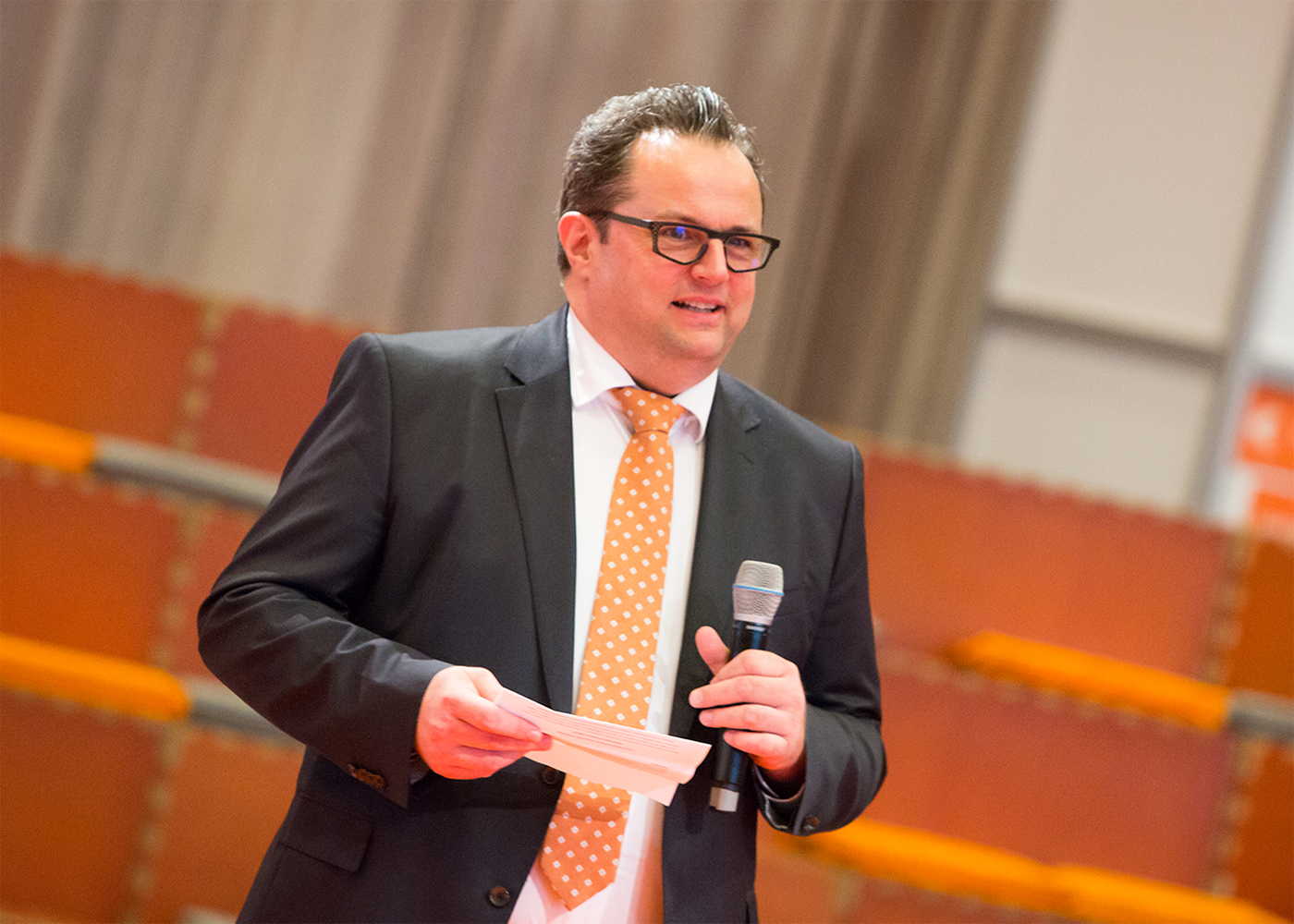 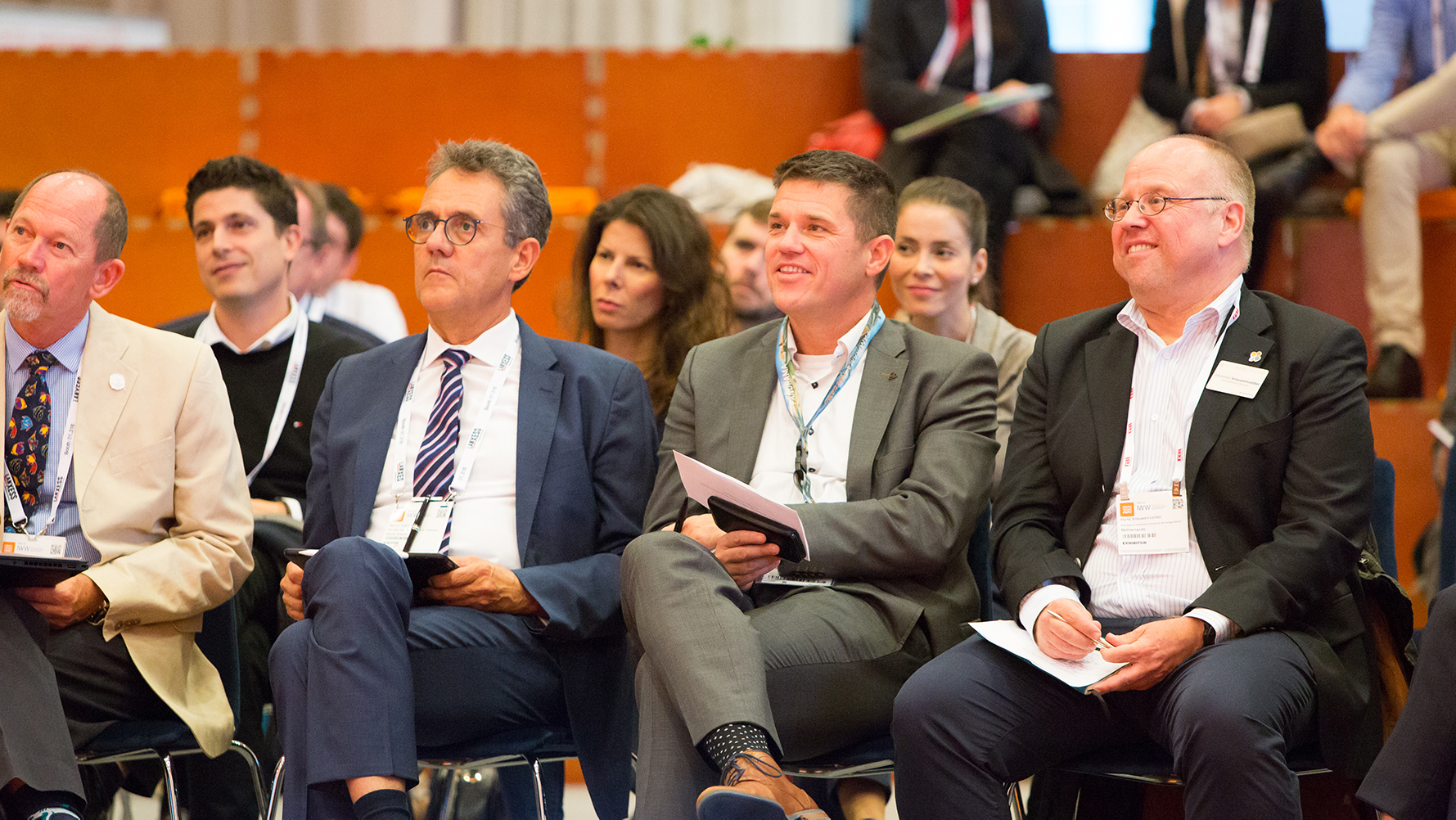 About The Red Sea Development Company

The Red Sea Development Company (TRSDC - www.theredsea.sa) is a closed joint-stock company wholly owned by the Public Investment Fund (PIF) of Saudi Arabia. TRSDC was established to drive the development of The Red Sea Project, a luxury tourism destination that will set new standards in sustainable development and positioning Saudi Arabia on the global tourism map.

The project will be developed over 28,000 km2 of pristine lands and waters along Saudi Arabia's west coast and includes a vast archipelago of more than 90 islands. The destination also features mountain canyons, dormant volcanoes, and ancient culture and heritage sites. The destination will include hotels, residential properties, leisure, commercial and entertainment amenities, as well as supporting infrastructure that emphasizes renewable energy and water conservation and re-use.

Activity for the first phase of development, which focuses on enabling the infrastructure to support future work, is well underway. A marine infrastructure contract awarded in July 2019 includes the construction of a 3.3 km crossing to Shurayrah (the main hub) and development has begun at the Coastal Village, which will be home to around 14,000 people who will work at the destination.

Established in 2009, King Abdullah University of Science and Technology (KAUST) is a graduate research university devoted to finding solutions for some of the world's most pressing scientific and technological challenges in the areas of food, water, energy, and the environment. With 19 research areas related to these themes and state-of-the-art labs, KAUST has created a collaborative and interdisciplinary problem- solving environment, which has resulted in over 11,000 published papers to date.

With over 100 different nationalities living, working and studying on campus, KAUST has brought together the best minds and ideas from around the world with the goal of advancing science and technology through distinctive and collaborative research. KAUST is a catalyst for innovation, economic development and social prosperity in Saudi Arabia and the world.

Director of PR and Corporate Communications at TRSDC