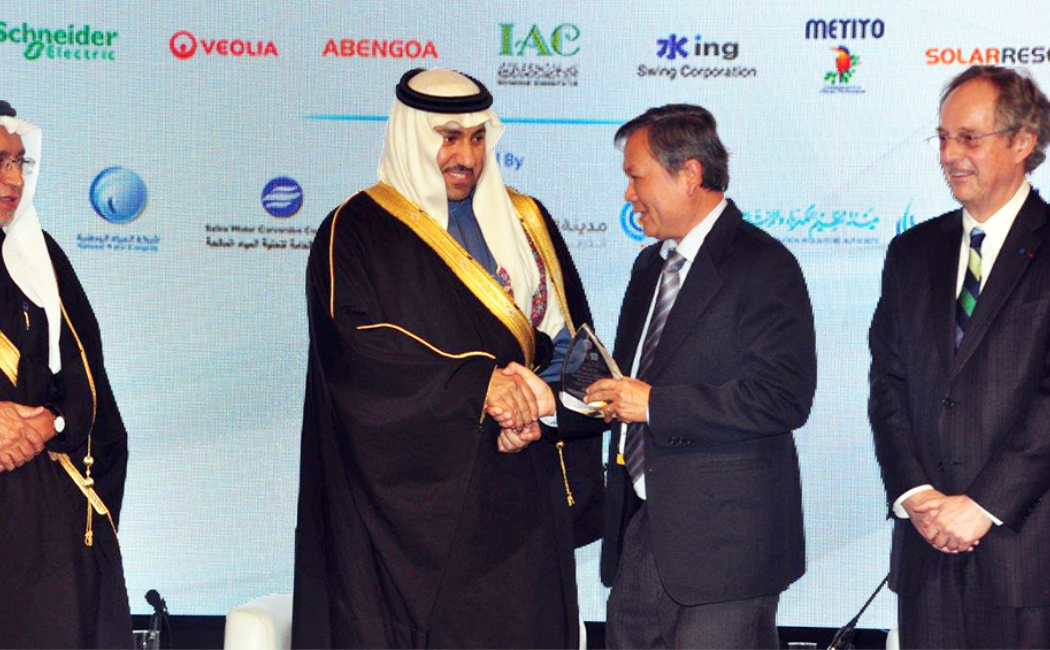 The objective of the initiative was not only to solicit innovative solutions for improving desalination efficiency but also to avail of these solutions for the community by connecting the local business community with global innovators, to incubate them regionally and create technology-based ventures. This initiative received support from the Governor of Saudi Arabian Saline Water Conversion Corporation (SWCC). SWCC owns and operates around 25 percent of the entire world’s desalination capacity. As the largest user of desalination processes and technology, Saudi Arabia is expected to invest heavily in seawater desalination technologies and solar energy in the coming decades.
H.E. Abdul Rahman Al Hussein, Saudi Minister of Water & Electricity, announced the winners, who will receive cash prizes, and further possible support toward development and deployment of the innovative solutions. This competition received 108 submissions representing 32 countries. The largest number of country-based submissions came from the USA, followed by Saudi Arabia.
H.E. Al Hussein said: “The commendable undertaking by the Aramco Entrepreneurship and GE that promotes innovation in desalination using renewable energy is of strategic importance in addressing regional and global water scarcity. With energy accounting for nearly 70 percent of the desalination cost, identifying efficient, renewable energy solutions will have a long-term impact on the water sector, particularly in the GCC region. To announce the global winners here, through a Saudi-led initiative, demonstrates the leadership of the Kingdom in identifying and promoting energy-efficient solutions that will benefit the water and energy industry globally. The competition also highlights that Saudi Arabia is not only a consumer of technology but also a developer of innovative solutions by partnership with others.”
Prof. Kim Choon's project on “Hybrid Multi-Effect Adsorption Desalination: An Emerging High Efficiency and Low Cost Desalination" was one of the winners in this year's Global Technology Challenge at Saudi Water & Power Forum (SWPF). 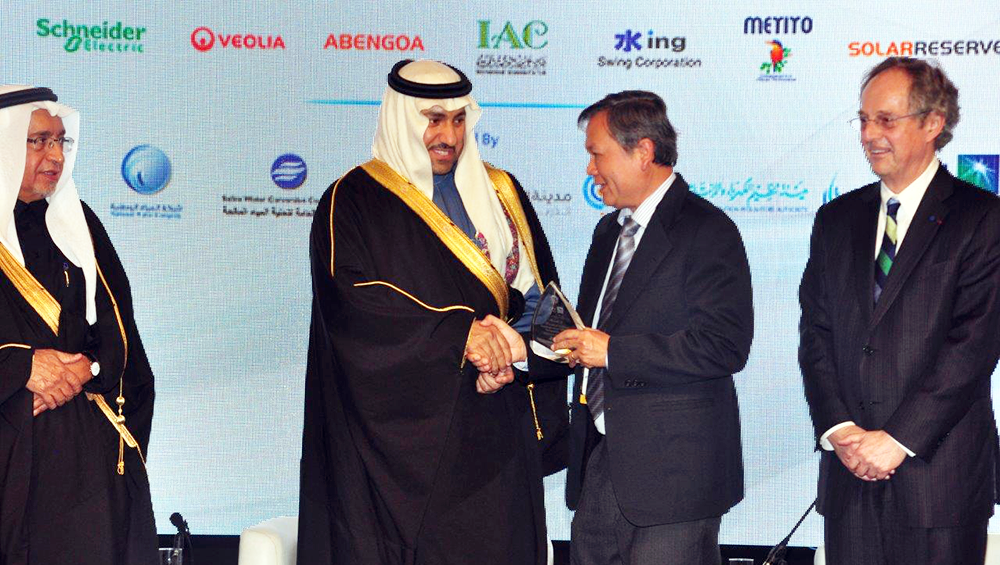