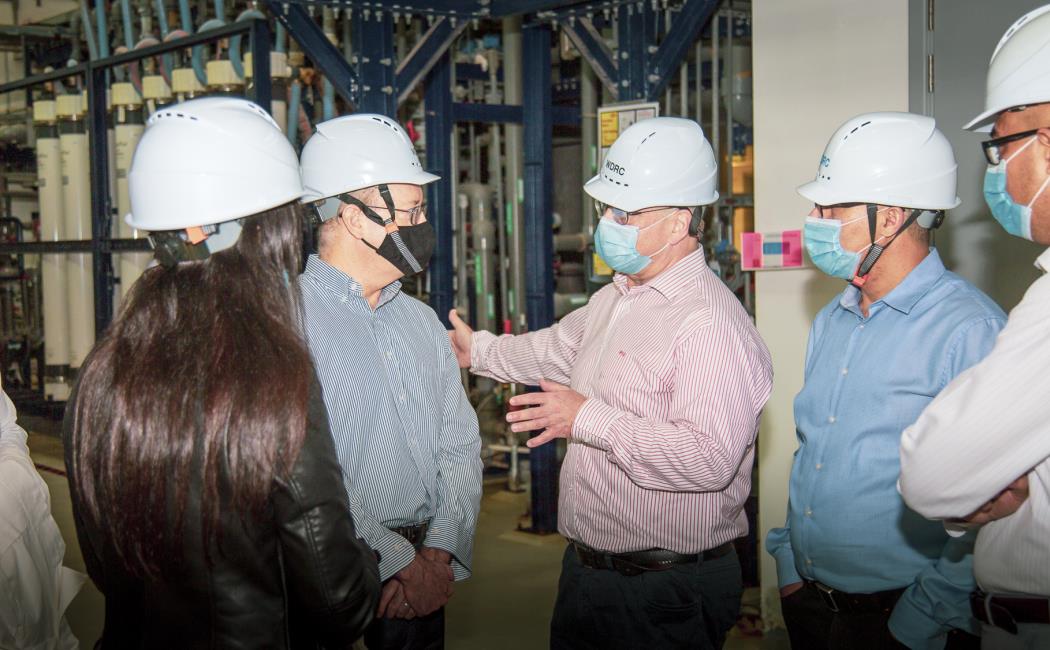 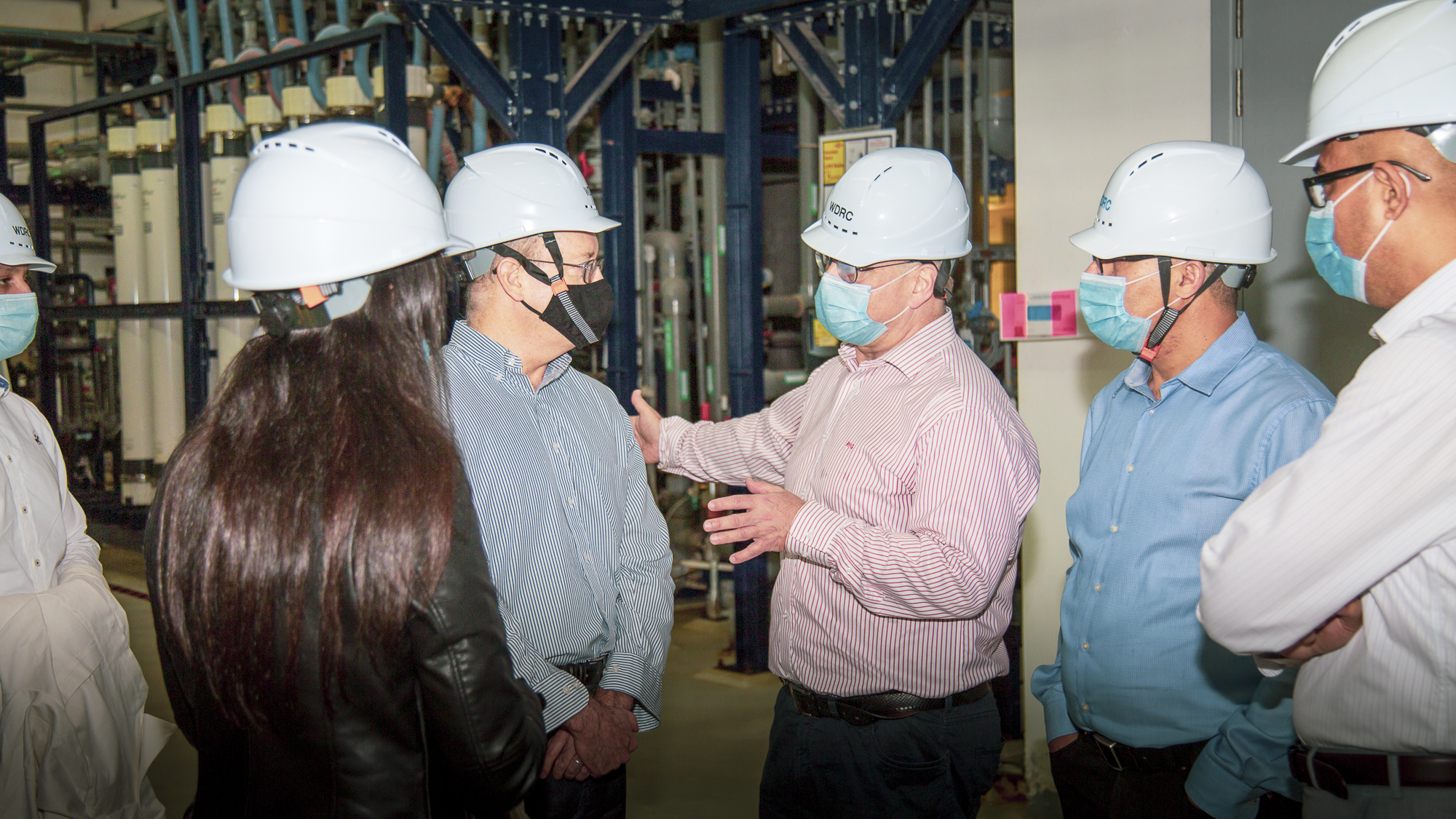 On January 31st, Dr. Larry Carin, KAUST Provost, visited the WDRC facilities for the first time to meet the center leadership and acquire a good understanding of the various activities currently underway in the piloting facilities.

The two-hour visit began with a presentation of the Tahlia Almiah pilot plant, where Dr. Umer Altaf presented an overview of the seawater desalination process. At the same time, Abdulaali AlHarbi led the Provost through the pilot plant and showcased the advanced technologies implemented to convert seawater to freshwater. Professor Hans Vrouwenvelder’s teams work on the link between pilot scale performance and bench scale biofouling research led by Dr Bastiaan Blankert, was enthusiastically showcased by Natalia Franco Clavijo who talked about her research project and her experience as MSc student at KAUST. An exciting discussion ensued as Dr. Carin understood the impact of the desalination research at the pilot plant to improve current technology and provide novel research. Professor Noreddine Ghaffour was also present to answer the questions from the Provost. 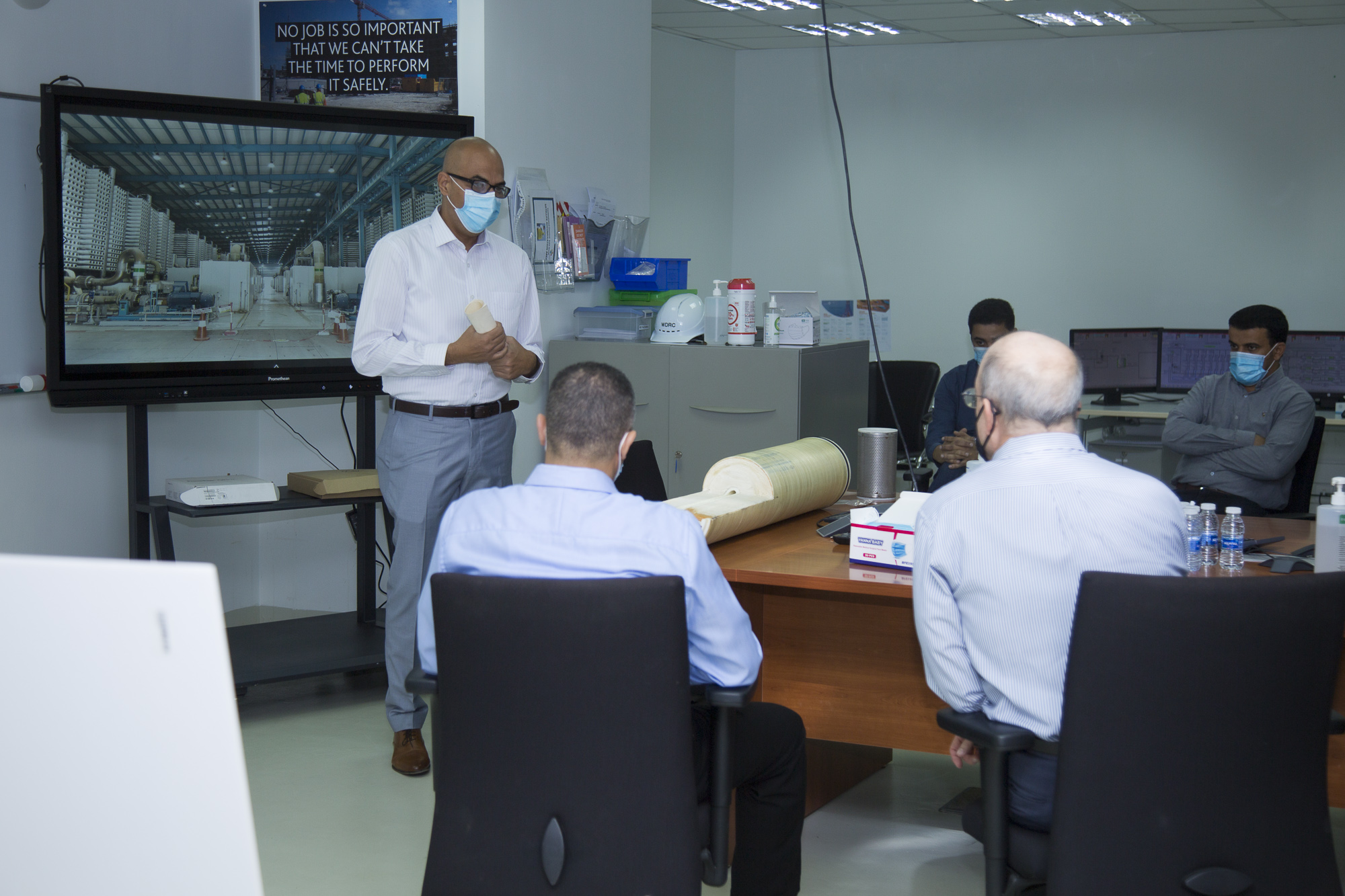 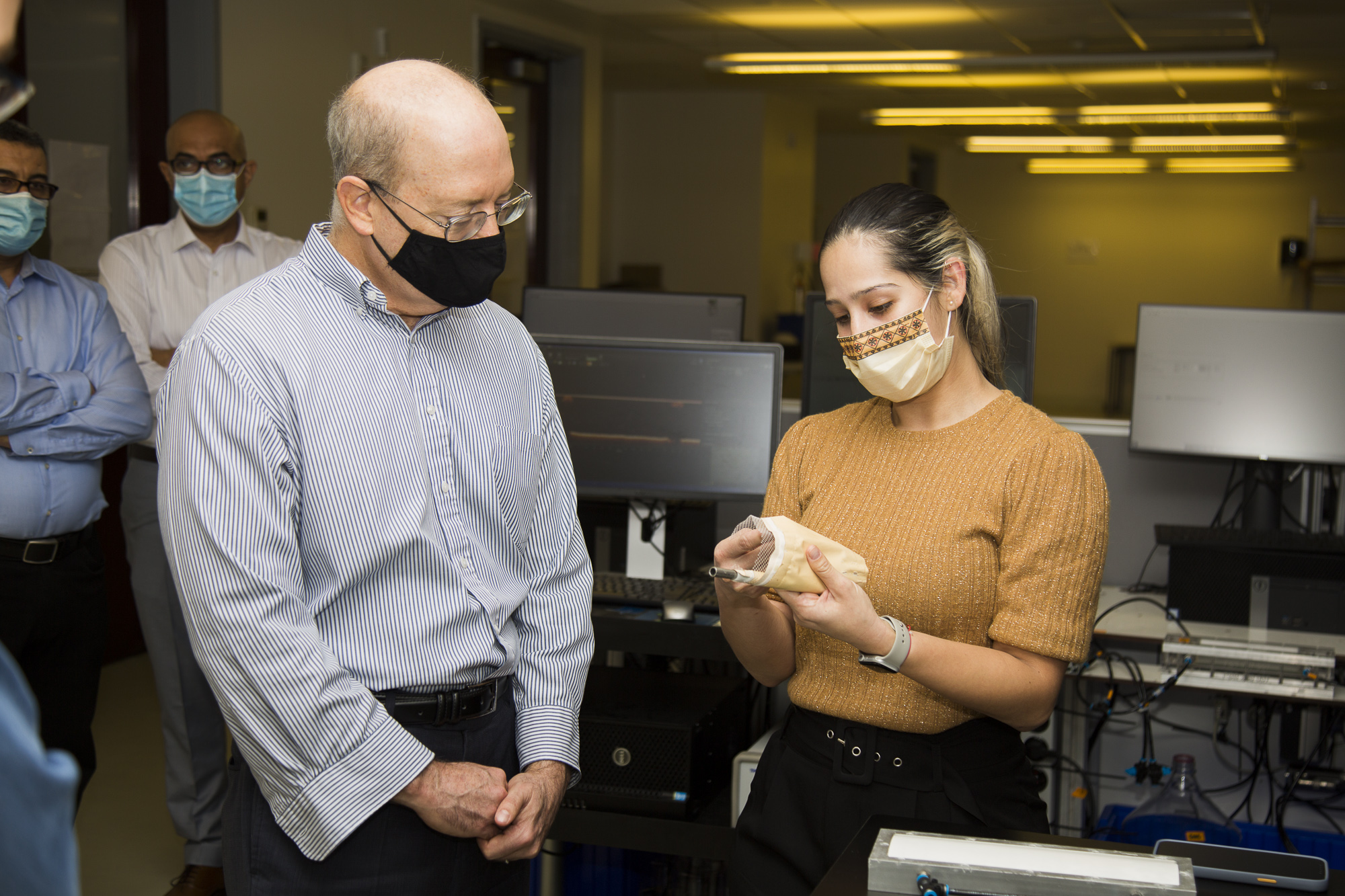 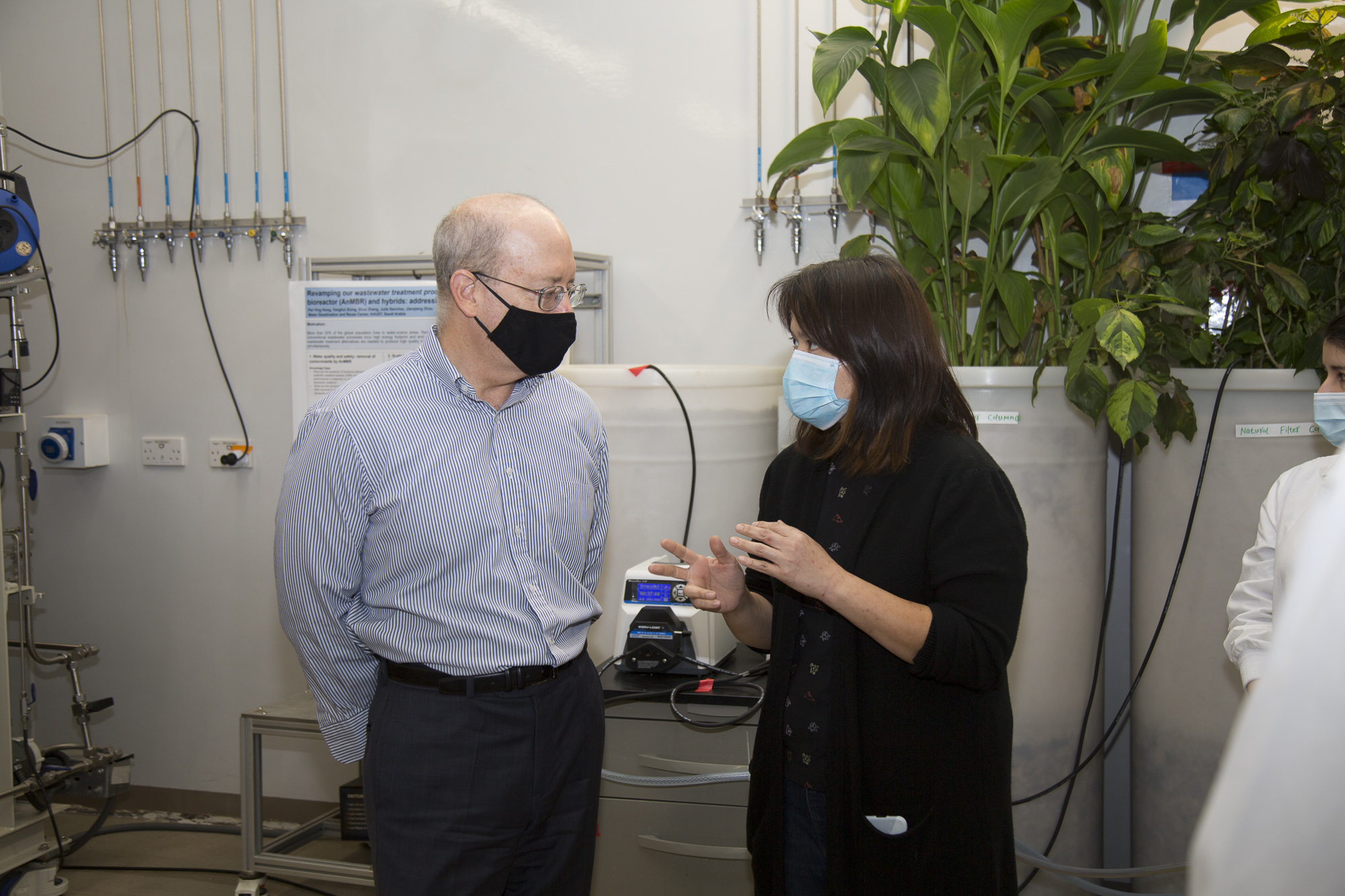 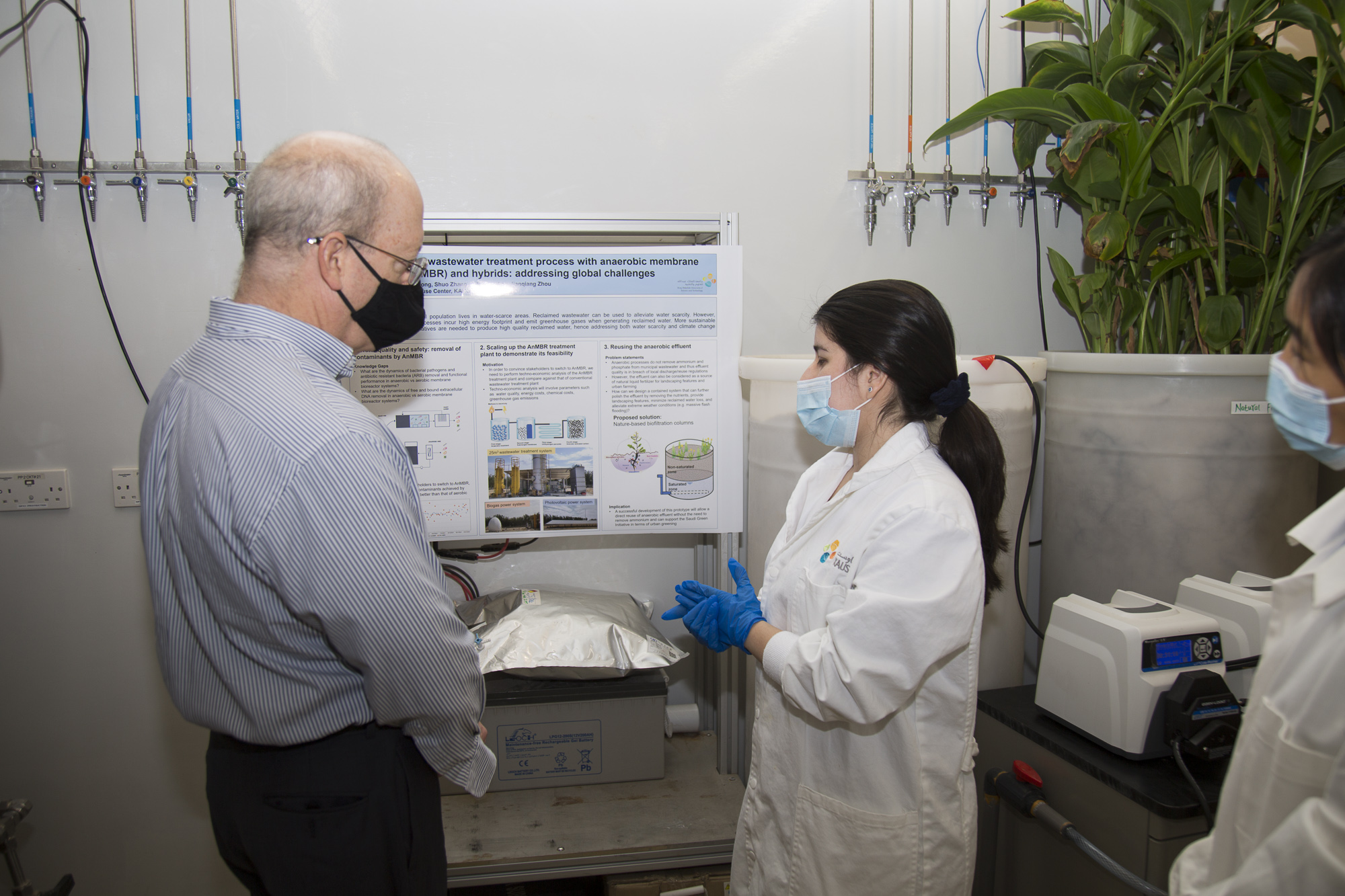 Dr. Muhammad Ali in Prof. Saikaly's group presented their research on decentralized wastewater treatment and reuse systems and their potential to harvest biopolymers important for various industrial applications. Also with Prof. Saikaly, Dr. Krisha Katuri demonstrated microbial electrolysis cell (MEC) technology to recover H2 gas from wastewater and fit-for-purpose water reuse. He also explained the potential to power the MEC technology with a renewable energy source such as solar panels. Both teams emphasized the advantage of treating wastewater since it consumes approximately half of the energy consumed by seawater desalination. 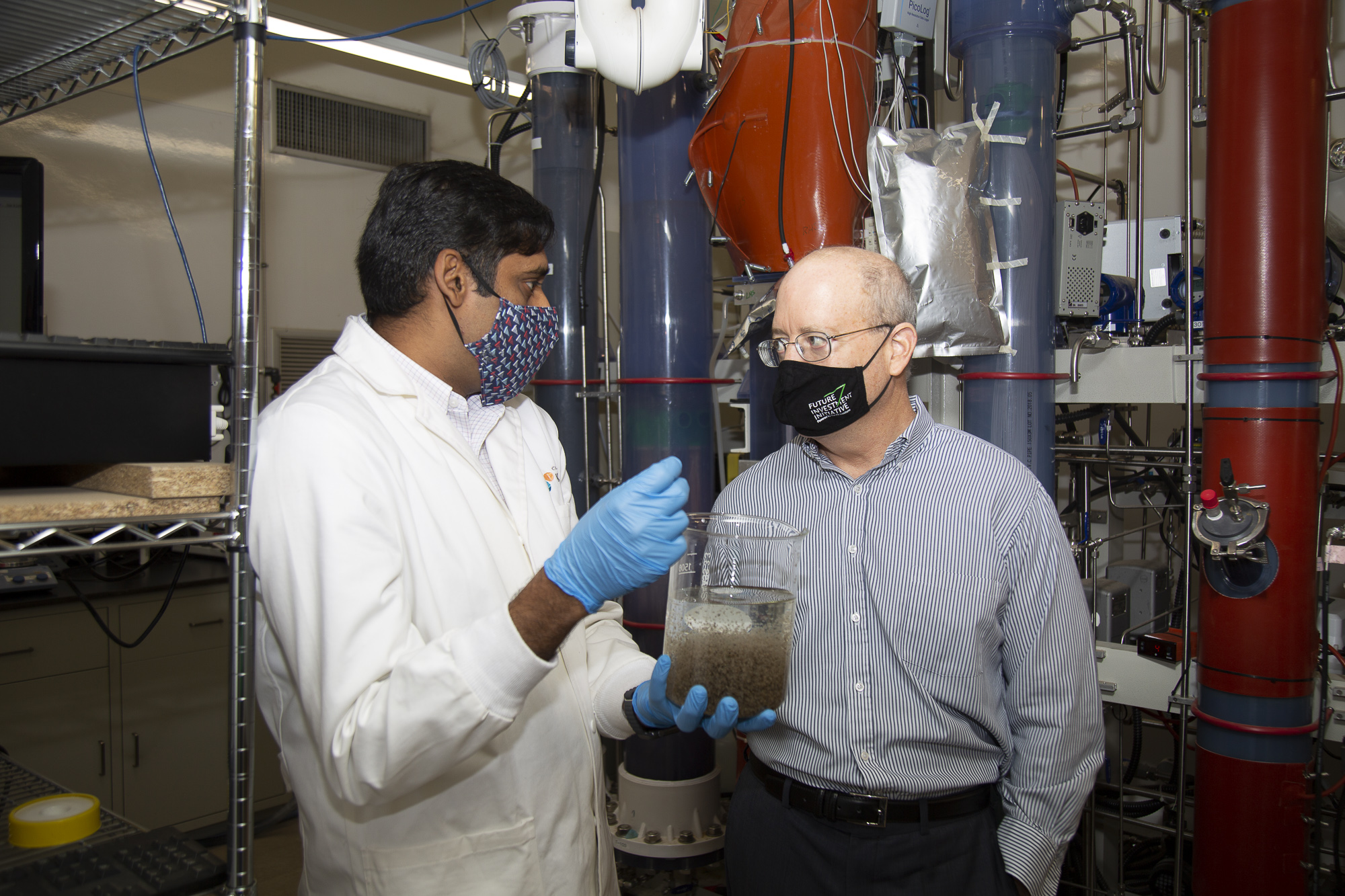 Dr. Muhammad Ali presenting how biopolymers could be harvested from the wastewater. 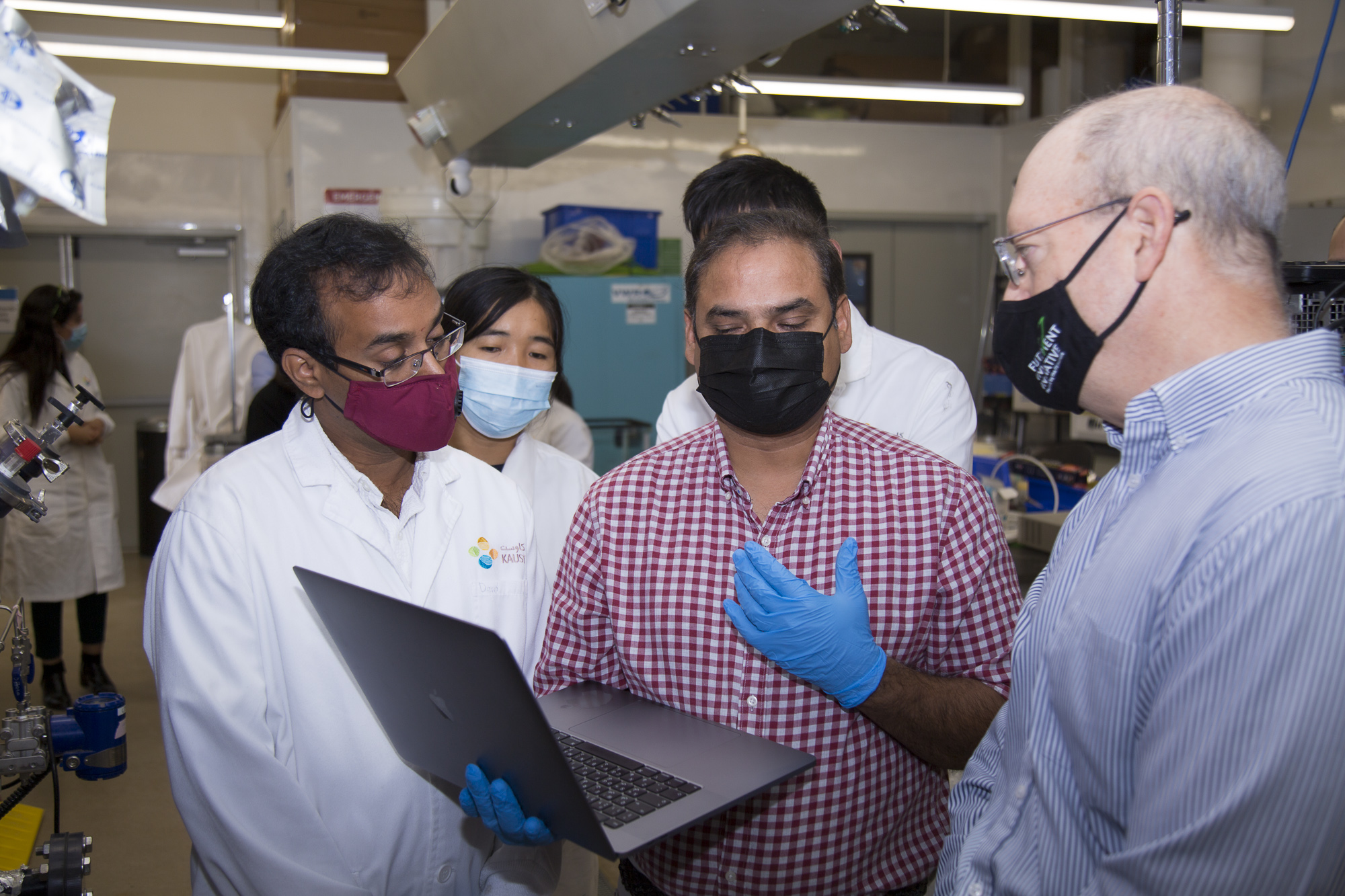 The final presentation is at the MEDAD facility in Bldg. 7. Professor Kim Choon Ng presented his team's research on thermally driven seawater desalination processes such as MEDAD. He explained how the hybridization of the adsorption (AD) cycle, combined with conventional multi-effect desalination (MED), helps to overcome the operational limitations of MED and nearly double water production at the same temperature. He also presented another greener desalination process called direct-contact spray evaporation and condensation (DCSEC), which can provide a much more increased water production. Professor Ng ended the presentation with a tour of the pilot facility. 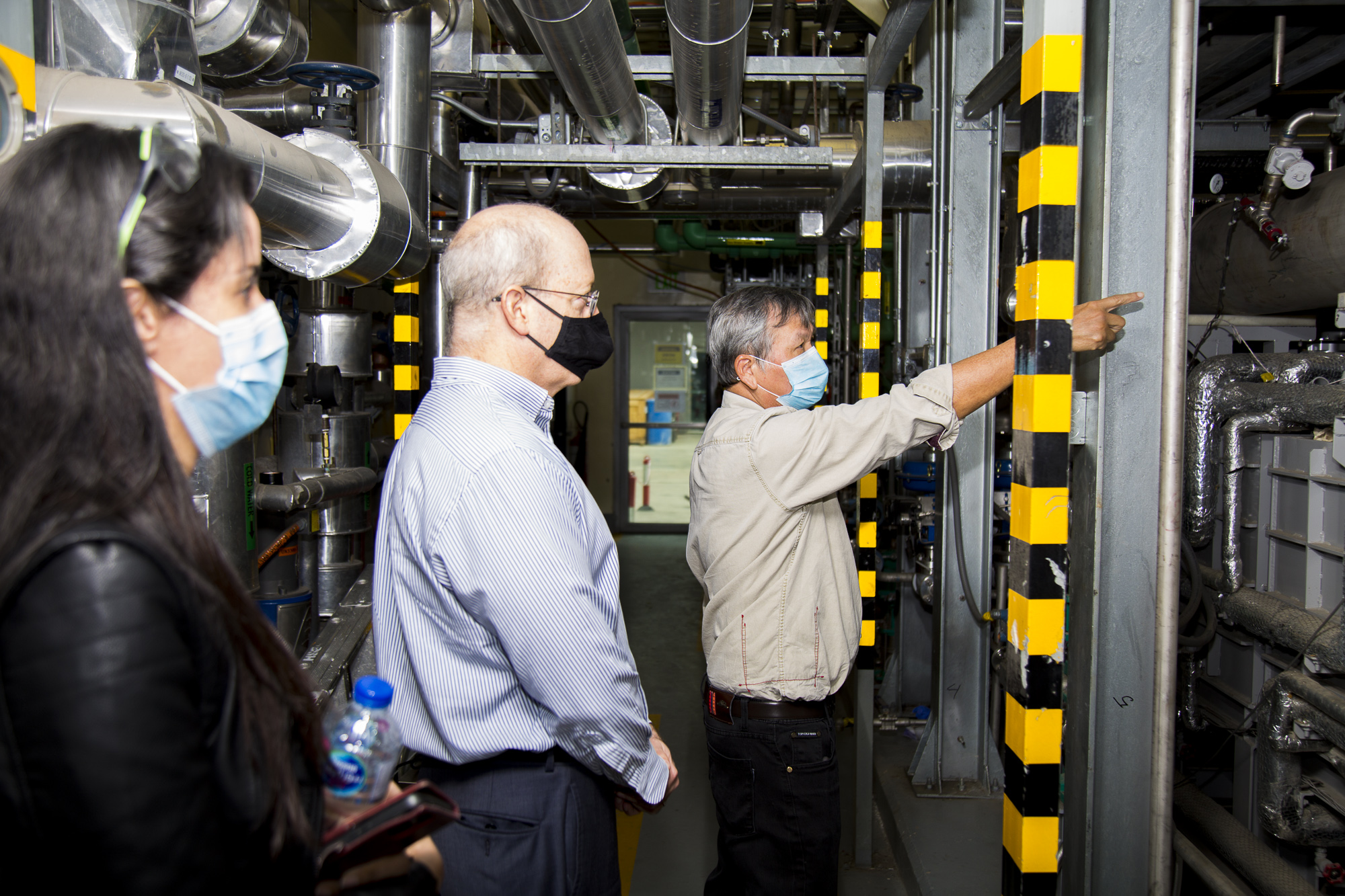 The WDRC visit ended positively with the lab manager Imene Eltall inviting Dr. Carin to tour the bench-scale research in the Al Jazri Building and to meet the rest of the team, researchers, and students in the center on a next occasion.