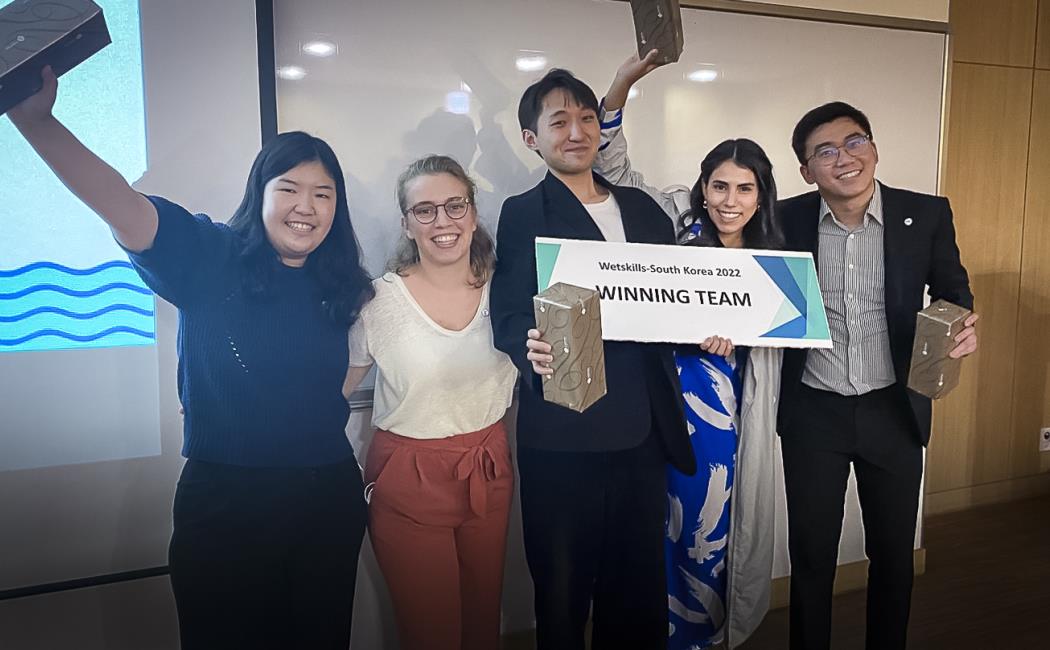 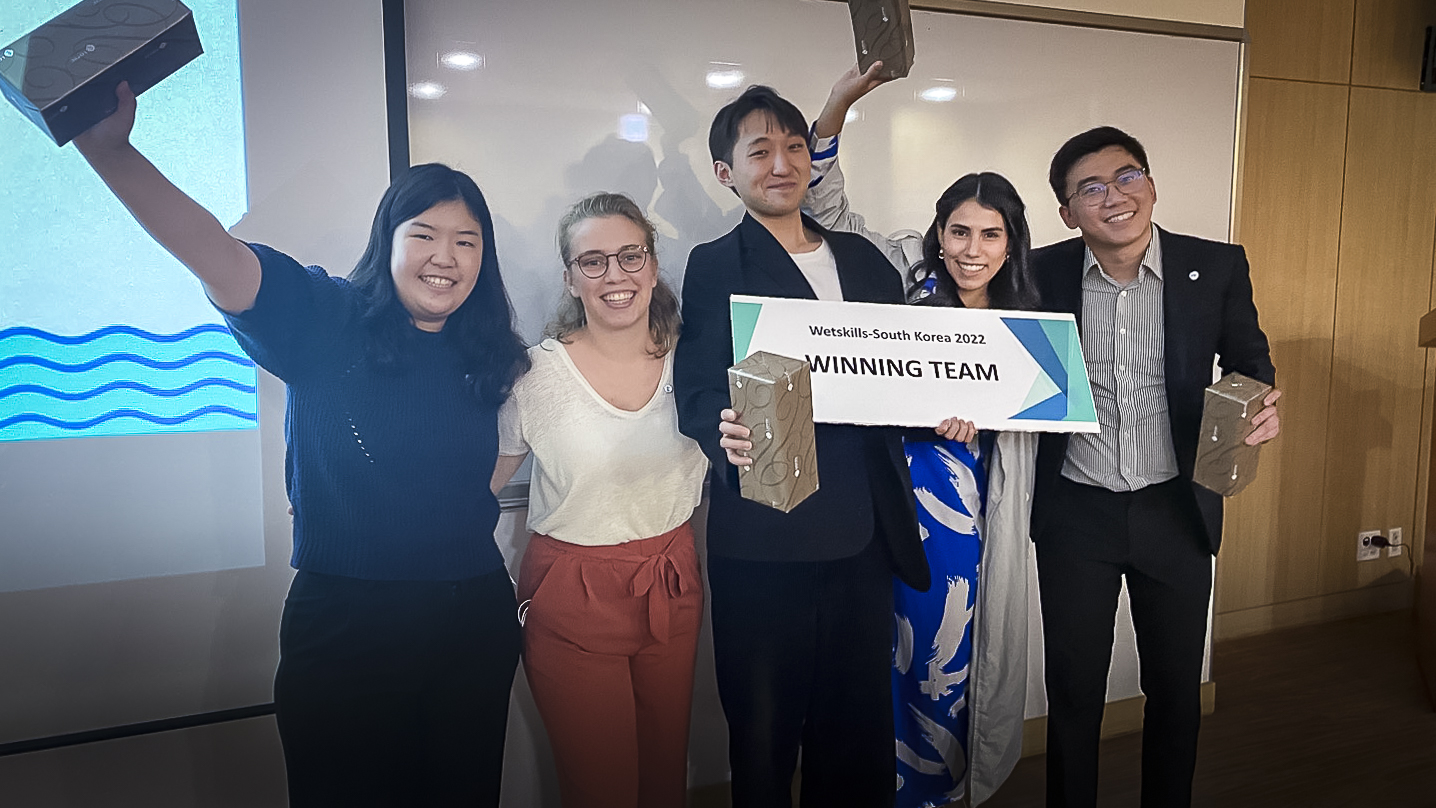 During the Wetskills program, three teams were formed to solve a problem presented by water-related businesses and associations. Lucia Ruiz Hadad was part of team number 3, which created a tool that allows countries to understand the amount of water they import and export while trading. Also, their solution quickly identifies the GDP categories that are more water-intensive and represent a threat to future water availability for the country. With this solution, team number 3 won the "Wetskills challenge" of South Korea 2022. Additionally, the Dutch business Water Footprint Implementation liked the approach and intended to consider it during their operations. "The most challenging aspect was working in a short amount of time to understand a problem, create a solution, and develop the requested deliveries. This aided me in improving my communication and teamwork abilities," Lucia said. 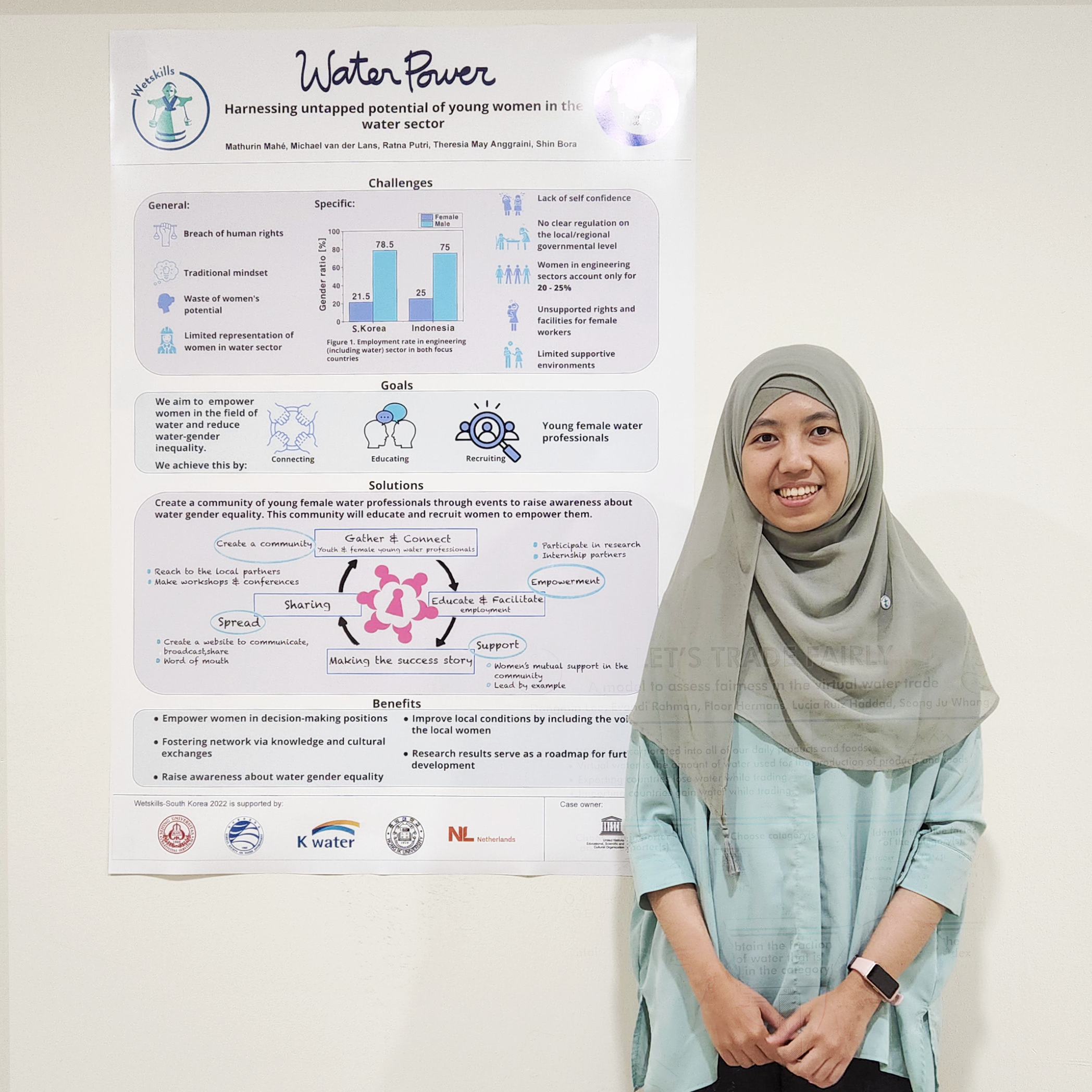 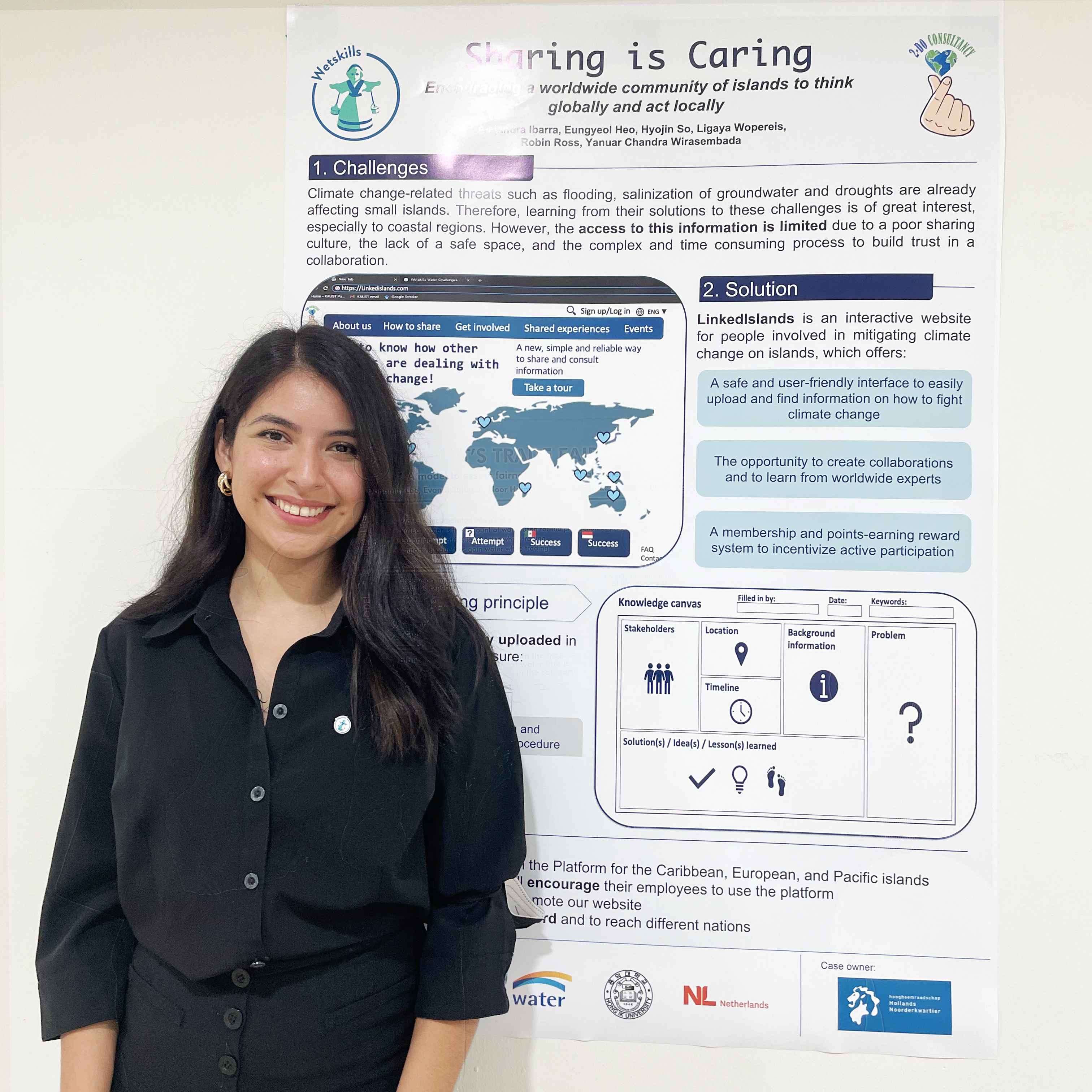 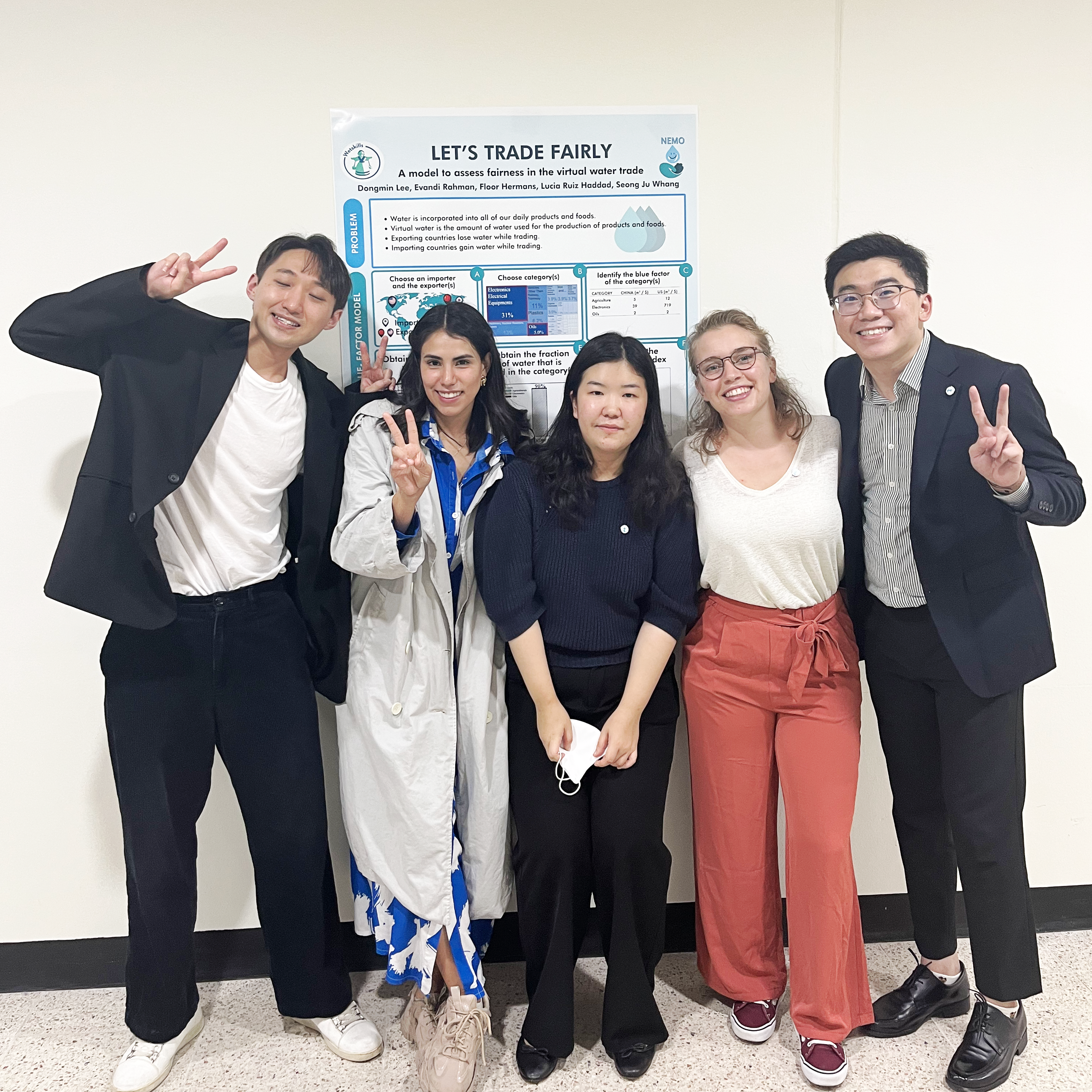 The case study for Alejandra and her team was about how to communicate and share information about the climate change fight/solutions that different islands in South Korea are applying in order to create a network with all the islands around the world."Differences in cultures and languages within the team were hard to overcome, but in the end, all these differences were overcome with cooperation and teamwork, which are the most valuable learnings that I gained during this experience," she said.

"Although it was a last-minute decision (one day before the deadline), I am so grateful to be accepted as Wetskills participant for South Korea edition 2022. Reminiscing about the past 12 days' experience at Sejong University, Seoul, I remember vividly that on the first day of the event kick-off, we were strangers from different countries with our own unique experiences, expertise, and cultures. Suddenly, we were grouped together based on three different study cases that needed to be solved with out-of-the-box solutions", Ratna explained. Her team, named ‘Water Power consultation company,’ was asked by UNESCO i-WSSM to disseminate awareness about the water and gender equality issues in Asia and the Pacific region. After a series of brainstorming sessions, the team decided to create young women’s water professional community. This community will provide support and motivate more young women as next-generation potential leaders.

The Wetskills Foundation is an independent foundation with a broad international network in the water sector, based in The Hague, The Netherlands.